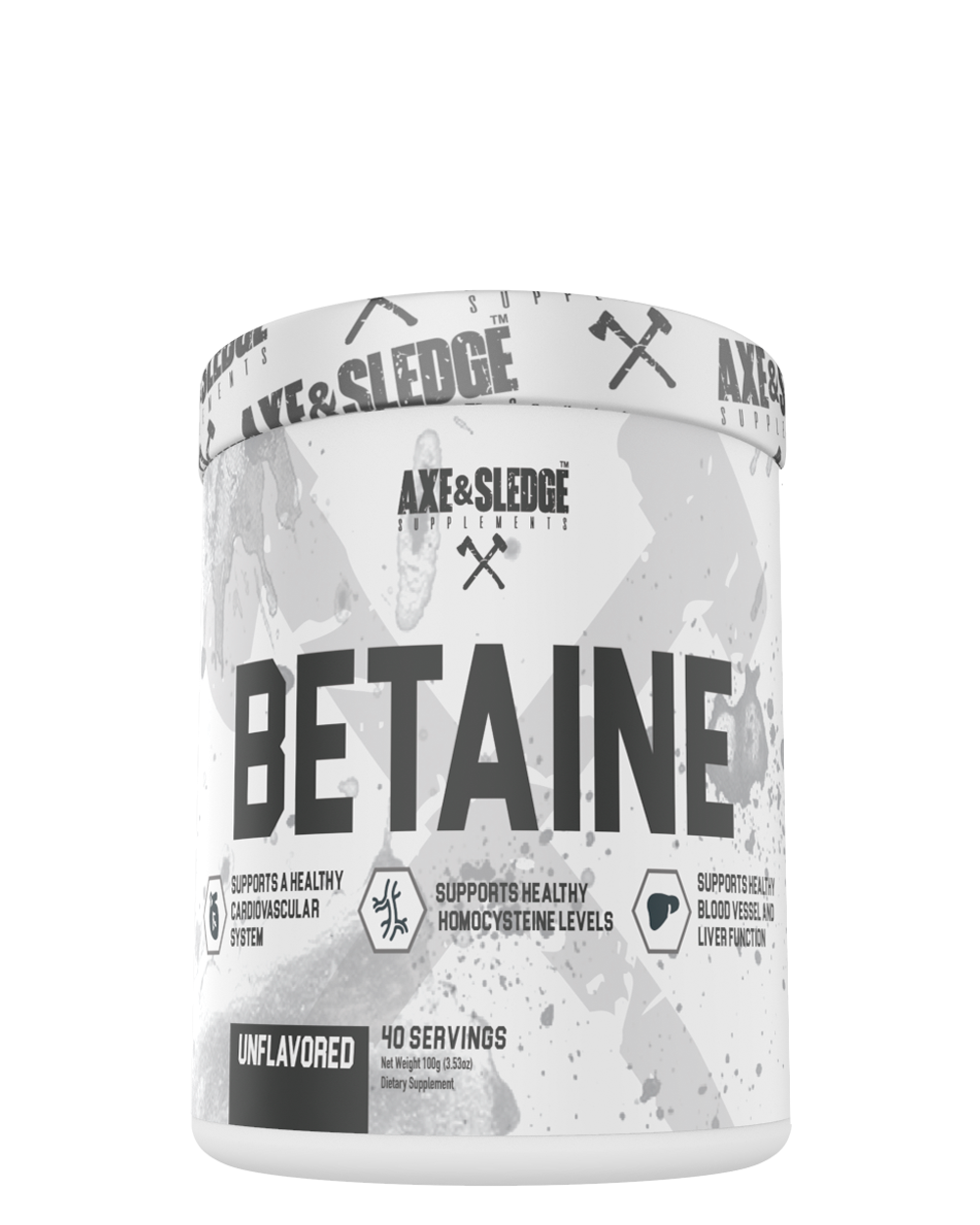 Betaine anhydrous is also known as trimethyl glycine (TMG). Derived from the amino acid glycine which has three methyl groups attached. Betaine is naturally derived from the breakdown of choline and it's also found in a number of food sources. The most popular of these food sources can be found in beets. Betaine received its name because it was sourced from sugar beets, and the scientific name for beets is beta vulgaris. Betaine can also be found in other foods such as spinach, seafood, and wines.

The most critical reaction is when betaine performs the function in the methylation of the amino acid homocysteine to form methionine. Methionine is important in the body's internal synthesis of creatine. So, one way that betaine may boost muscle strength and size is by increasing creatine production in the body.

Betaine supplementation can assist your body in many ways such as increased strength, growth of lean muscle mass, and even longer endurance. Betaine can be a benefit to your goal if you are looking for more reps. On the bench or going for those extra miles on the bike.

Like the similar sounding beta-alanine, betaine has also been suggested to significantly lower levels of lactate. Having lower lactate levels can delay muscular fatigue while allowing athletes to train harder and longer!

As a dietary supplement, mix 1 scoop with 6 to 8 oz. of water or your favorite beverage. Best if taken prior to workout. do not exceed 1 serving per day.