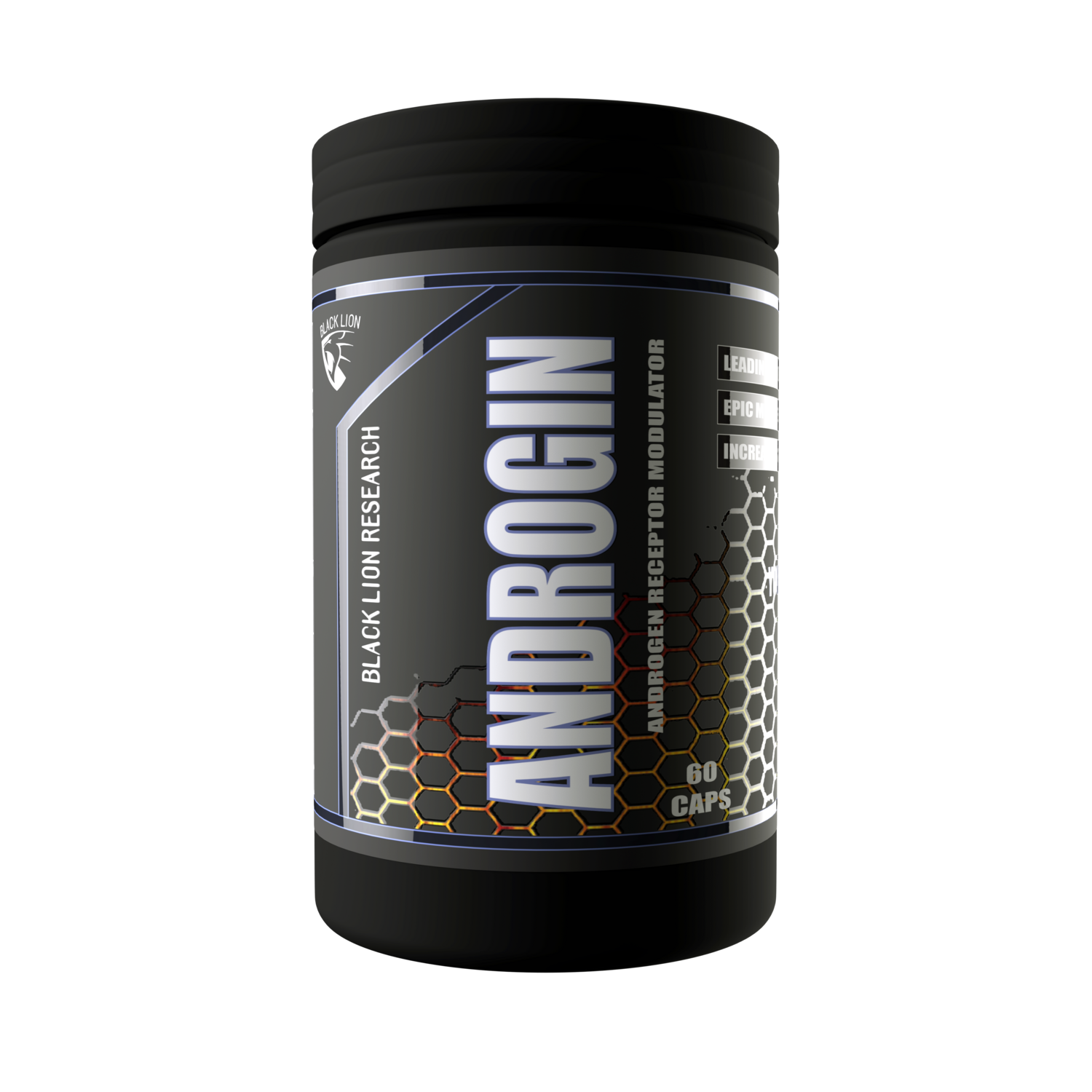 The next big thing in sports supplement science is here: ANDROGIN

Androgin is an all natural androgen receptor modulator and GH-hormone secretagogue.

This is the single strongest natural product ever created for bodybuilders and athletes looking for muscle size and strength.

Lets take a closer look at some of the individual ginsenosides and their effects.

Is one of the most active components of panax ginseng with various biological activities. RG1 increases androgen receptor functioning while increasing testosterone levels and decreasing cortisol. This is interesting because RG1 binds directly to androgen receptors which increases levels of mTOR and S6, the major drivers of anabolism. Conversely RG1 also decreases MURF1 and Atrogin1 which are the major drivers of muscle loss. Studies into the effects of RG1 showed increases in muscle mass and strength along with significant fat loss. RG1's anti-adipogenic (anti fat) and anti obesity effects are thought to work through inducing AMPK activation, inhibiting lipogenesis, and decreasing intracellular lipid content, adipocyte size, and adipose weight. We also see increased insulin sensitivity and glucose tolerance. These effects are interesting seeing as many of them seem to conflict each other but in vivo testing shows RG1 to be exceptionally anabolic compared to anything else natural we have seen.

RB1 also binds directly to the androgen receptor, but, again via a unique feedback loop INCREASES lutinizing hormone and testosterone levels instead of suppressing it like other anabolic androgen receptor binding steroid hormones. A SARM is the best way to describe as it binds to specific receptors and not others while having unique properties at the AR binding site. So direct anabolism via AR binding similar to RG1. RB1 also significantly upregulates Ghrelin. Ghrelin is known as the hunger hormone but it should be known for its ability to stimulate growth hormone secretion and many of the peptides we use to stimulate growth hormone secretion are ghrelin mimetics. Finally RB1 reduces the cascade of inflammatory cytokines and inflammatory factors that lead to catabolism and it is through this mechanism by which it decreases muscle loss. So again we see muscle growth and a reduction of muscle loss but in opposition to RG1 we would expect RB1 to make you hungry.

Is different from the previous 2 ginsenosides as it is more of a performance enhancer and fat burner. RB2 activates CK-MM activity in vitro and in vivo, which increases the levels of tissue phosphocreatine and strengthens the function of the creatine kinase/phosphocreatine system in skeletal muscle, thus buffering cellular ATP, delaying exercise-induced lactate accumulation, and improving exercise performance. In addition RB2 combats bodyfat by improving insulin sensitivity and increasing energy expenditure. Rb2 induces activation of brown fat and browning of white fat by reducing lipid droplets. This increase in brown fat helps to increase energy expenditure and thermogenesis, and consequently ameliorates bodyfat levels

Briefly running through the other ginsenosides in ANGROGIN:

Ginsenoside Re is a partial agonist of the AR

NF-KB inhibitor. NF-KB is primary in elevating MUFR1 and Atrogin1 the major components in muscle loss and atrophy.

Consists of a standardized cistanch extract containing no less than 30% echinacoside with an average of 15% acteoside and 5% tubuloside -a in a cyclodextrin inclusion complex.

Echinacoside is wonderful stuff. Like some of the ginsenosides ECH shows direct androgen receptor binding activity and anabolic action. And, like its ginsenoside counterparts it has the very strange action of elevating lutinizing hormone and testosterone in spite of being directly anabolic. ECH inhibits the negative feedback loop caused by testosterone which in turn increases testosterone further. Its like having a steroid that works at the androgen receptor but also largely increases testosterone potentially to much higher than normal levels when combined with the other SARMS in this mix. ECH has even been suggested for use as a novel male fertility agent similar to Clomephene.

ACT works very similarly to ECH with regards to growth hormone secretion and is nearly as strong on this front but it also strongly inhibits NF-KB one of the primary pathways for muscle atrophy so it preserves muscle gains.