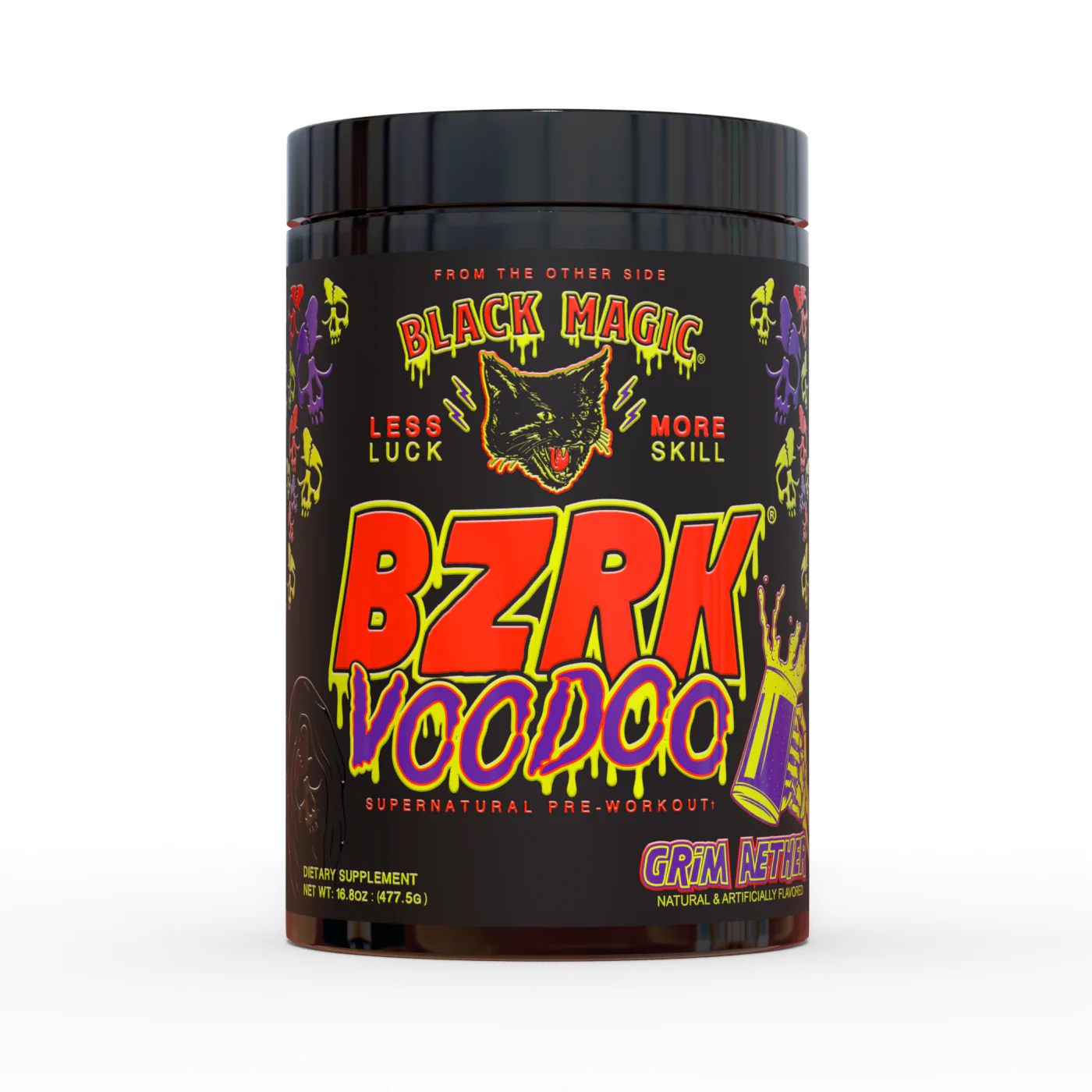 Kick Off Your Workouts With A MASSIVE Scoop Of Powerful Ingredients Like 10 Grams Of Citrulline Malate, 500mg Of NitroRocket, 400mg Of Caffeine Anhydrous, Neurofactor For INSANE Focus, and An Array Of Other Ingredients That Will Amp Up Your Training Session To Make You GO BZRK!

Many come to BZRK Voodoo for the Senactiv®, a patented, plant-based sport nutraceutical scientifically validated in human and in-vivo studies to promote more muscle energy and preservation via senescent cell clearance. But really, the catuaba bark steals the show.

Clinical research suggests that Catuaba could give you an "extra gear" to persevere in your endeavors in the gym, during cardio, or even cognitively to push through mental malaise.

The most recent Brazilian animal study identifies it as a potent anti-fatigue agent...

Catuaba has a rich history of folk medicine for the treatment of fatigue, stress, impotence and memory deficit... These data suggest the ethanolic extract as the most suitable for plant extraction and partially support the folk use of catuaba as an antifatigue intervention which exhibits antioxidant and anticholinesterase activity in vitro and reduces the fatigue induced by exhaustive exercise.

It posses a potent adaptogenic effect (anti-stress, memory enhancement, increased physical and/or sexual performance) according to a review paper that started with 766 different Brazilian plants and narrowed all the way down to evaluating four that had the most notable adaptogenic effects.

The Nootropic awesomeness of Catuaba is thanks to its effects of both releasing extra dopamine and inhibiting dopamine reuptake.

Use on training days only. Mix 1 scoop with 6-8 oz of water and consume 15-20 minutes prior to training. To avoid sleeplessness, do not use within 6 hours prior to sleep.