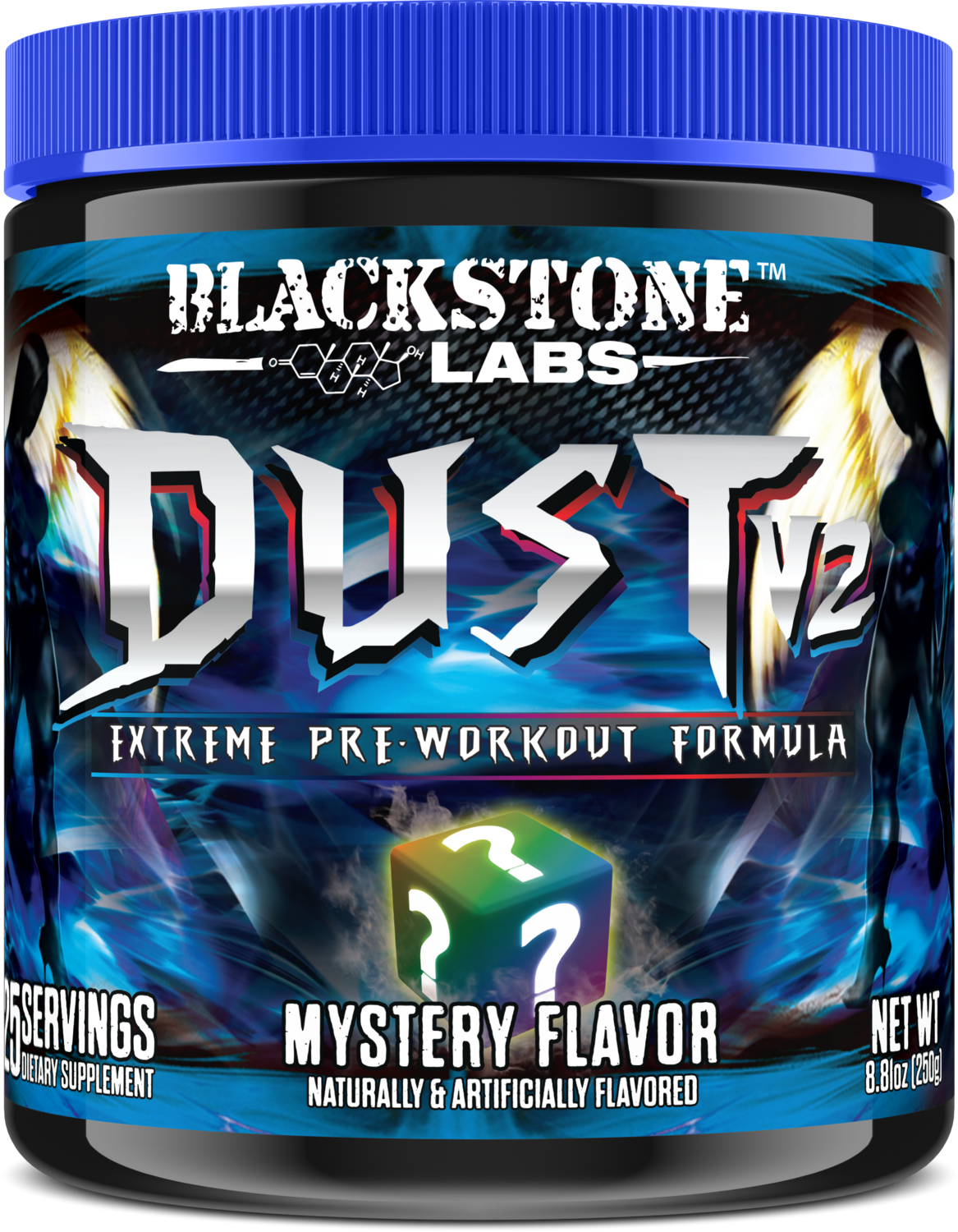 DUST V2 is a hardcore preworkout that greatly increases energy to improve strength, focus, and athletic performance. Available in five flavors, DUST V2 is sure to leave a great taste in even the most advanced gym goer's mouth.

Beta Alanine Beta Alanine reduces lactic acid build up while training allowing for more sets and reps throughout the course of a workout.

L-Carnitine Tartrate plays a vital role in energy metabolism, specifically the transport of fatty acids into mitochondria where they can be burned for energy. Recent research suggests added support in the way of better performance, testosterone support, and fat metabolism.

Citrulline Malate 2:1 is primarily known to delay the onset of fatigue during high-intensity training and a precursor to nitric oxide allowing for better pumps while training. Citrulline Malate actively delays pH buildup in the muscles. By keeping muscle pH levels at a manageable level, Citrulline Malate aids in recovery and helps to alleviate soreness.

Betaine Anhydrous may boost your production of vital neurotransmitters and support SAM-e levels in order to promote a positive outlook. It may also support body composition changes due to its effect on energy pathways, and might also decrease homocysteine levels, a marker of oxidative stress.

Agmatine Sulfate has been shown to greatly increase hyperaemia and help extend pumps to long after your workout is complete.

L-Norvaline is a form of the branched chain amino acid known as Valine, and while showing some of the nutritional benefits of Valine, L-Norvaline has also been suggested to help support circulation and cardiovascular efficiency. During exercise, it is important to maximize blood flow so that nutrient-rich blood flows to the active muscle tissues. When there isn’t enough blood flow to specific areas, you will feel it in the form of fatigue and muscle failure.

Di-Caffeine Malate generates the same energy and focus as caffeine, but with less stress on the stomach.

Hordenine supports mental and physical energy and a positive mood.

N-Methyl Tyramine supports increases in energy levels, mental focus, and delivers jitter-free energy. It also helps to maintain an improved blood flow to muscles supporting muscle growth and supports the reduction of post workout fatigue. Another benefit is better fat loss as part of a healthy lifestyle as it mobilizes fat by releasing glucose from energy store.

Dust V2 Directions: As a dietary supplement, mix one (1) scoop in 8-10 oz. of water 30 minutes prior to workout on training days, or first thing in the morning on non-training days. Due to extreme potency, new users may wish to assess tolerance with one half (1/2) scoop.