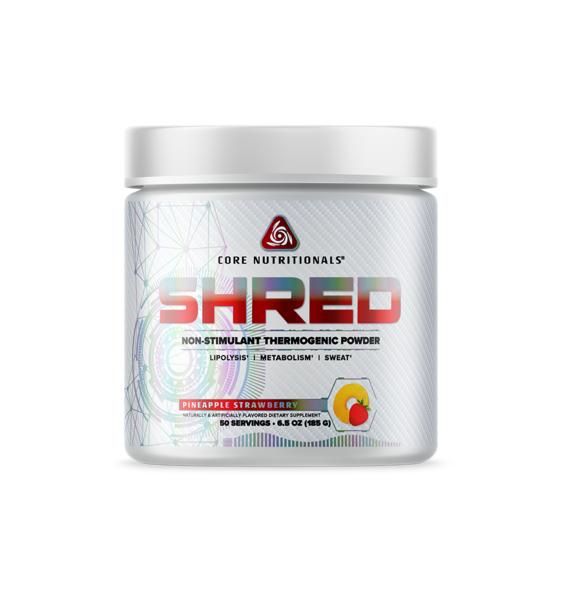 It’s late evening and you need to crush your workout – worst of all, your deep in a diet. You haven’t taken your thermogenic yet, you know you need to, but you also know that downing a few hundred milligrams of stimulants at 8 PM is not conducive to healthy sleep patterns. So, what do you do?

L-carnitine is a derivative of the amino acid lysine and, as certain conditions outpace the body’s ability to produce it, l-carnitine is considered a conditionally essential amino acid. While endogenous biosynthesis of l-carnitine from the amino acids lysine and methionine is sufficient for essential processes – along with dietary sources of carnitine from protein-rich red meat, for example – dietary supplementation of carnitine may pose benefits in certain physiological conditions. Unfortunately, due to excess metabolism of l-carnitine by microorganisms in the small intestine, exogenous supplementation with oral l-carnitine has proved ineffective. ALCAR, an acetylated version of l-carnitine, has considerably higher oral bioavailability, due likely to only partial hydrolytic metabolism. Once in the bloodstream, ALCAR plays a fundamental role in the production of energy, acting as the catalyst for the beta-oxidation of long chain fatty acids by the mitochondria; regulating the CoA to Acyl-CoA ratio (necessary for the production of ATP); and the metabolism of carbohydrates. ALCAR also is an excitatory agent for neurons, increases neuronal transmission, and increases the production of neurotransmitters and neurohormones such as dopamine and serotonin.

Olea europaea, more commonly known as the olive, is a species of a small tree in the family Oleaceae, native to the coastal areas of southeastern Europe, western Asia and northern Africa, as well as northern Iran at the south end of the Caspian Sea. As the fruits, oils, and extracts of Olea europaea L. are a dietary component for a significant portion of the world’s population, the plant has become associated with a wide-range of physiologic and metabolic benefits. These properties are largely attributed to the phenolic compounds of olive leaves, including: caffeic acid, verbascoside, oleuropein, luteolin 7-O-glucoside, rutin, apigenin 7-Oglucoside, and luteolin 4′-O-glucoside. Collectively, these olive polyphenols are responsible for a wide-range of postulated health benefits.

Oleuropein, in particular, is purported to have several pharmacological properties including antioxidant, anti-inflammatory, anti-atherogenic, and anti-microbial effects. Recent research inanimals has also demonstrated that oleuropein may potentiate the response of 5'-deiodinase, the enzyme responsible for the irreversible conversion of thyroxine (T4) into triiodothyronine (T3), the active thyroid hormone.

Coleus forskohlii is a small perennial endemic to various tropical regions in the world, including South America, sub-Saharan Africa, and India. While the West has recently taken interest in the plant due to the pharmacological properties of its primary bioactive, forskolin, Coleus forskholii preparations and tinctures have been used in both South American and African traditional folk medicinal systems, as well as extensively within Ayurveda. Due to the ever-increasing interest in the plant’s verifiable pharmacological and physiological effects, however, Coleus forksholii and its extracted constituents have been the subject of numerous animal and human clinical trials in the past decade. These trials have demonstrated the plant to have various effects and applications, including as a lipolytic and anti-lipogenic, and as a powerful antioxidant.

A recent double-blind, randomized, and placebo-controlled human clinical trial featuring obese men found that the daily implementation of Coleus forskholii, for twelve weeks, led to significantly better weight loss outcomes as compared to controls. Overweight men in the forskolin group experienced not only improved body composition (as measured by both body fat percentage and total fat mass), but also statistically significant increases in lean body mass. Coleus forskholii – and more specifically, forskolin – achieves this effect by rapidly, potently, and dose-dependently increasing an important metabolic enzyme known as adenylate cyclase. Adenylate cyclase is an enzyme responsible for catalyzing the formation of cyclic adenosine monophosphate (cAMP) from adenosine triphosphate (ATP). This increase in cAMP formation eventually leads to the activation of an enzyme, protein kinase A, which in turn will phosphorylate and hence activate the enzyme, Hormone Sensitive Lipase (HSL) – the rate-limiting enzyme necessary for stored triglycerides within adipocytes to be released as free fatty acids and utilized for energy. In more basic terms, this means that forskolin quite literally frees up more fatty acids to be used as fuel for exercise – more or less the perfect scenario in a product such as Core SHRED!

CapsiAtra® is a dihydrocapsiate compound naturally found in CH-19 Sweet peppers. Like several other capsinoids identified and extracted from pepper species, CapsiAtra® has demonstrated potent effects on several physiological pathways – most notably, those related to energy expenditure and lipid utilization.

The thermogenic and lipolytic effects of capsinoids, like capsaicin itself, are mediated by the Transient Receptor Potential Vanilloid 1 (TRPV1) receptors in the mouth and throughout the gastrointestinal tract. TRPV1 receptors in the gut are linked with the sympathetic nervous system (SNS). When activated, they increase SNS activity (the figure below). TRPV1 receptors present on the tongue and in the oral cavity are responsible for, among other things, detection of thermal heat. When capsaicin binds to oral TRPV1 sites, one feels the sensation of heat and pungency. Capsinoids also stimulate TRPV1 receptors, but their effect is primarily on receptors in the throat and gut, not the mouth. Owing to the structural differences from capsaicin, the capsinoids are unable to reach the TRPV1 receptors on the tongue, which are located slightly below the mucosal surface. As a result, capsinoids do not produce the oral sensation of heat or the pungent taste associated with chili peppers, but they do produce the capsaicin-like SNS response once they bind to TRPV1 receptors in the throat and gut.

The capsinoids have multiple biological functionalities. The sports nutrition properties are directly linked to their use in energy manipulation. The capsinoids have three principal mechanisms of action. First, they up-regulate UCP-3 (Mitcohondrial Uncoupling Protein-3) in muscle cells. This causes ATP production to be dissociated with the respiration occurring in the mitochondria. This energy is then released as heat: an effect that is mirrored in caloric restriction as a means to economize energy. Second, they up-regulate UCP-1 (Uncoupling Protein-1, aka Thermogenin). This protein is only expressed in brown adipose tissue and is used to generate non- shivering thermogenesis; a process that evolved to protect against hypothermia. The up-regulation of UCP-1 can positively affect fat utilization and improve insulin sensitivity of tissues. Third, the capsinoids stimulate lipolysis via hydrolysis of triglycerides into glycerol plus three fatty acids. The release of these free fatty acids into the circulation is key to the energy regulating properties of the compound. Allowing these to become readily available as energy sources during exercise means that oxidation of muscle glycogen can be delayed, resulting in significant improvements in endurance.

Aframomum melegueta, more commonly known as Grains of Paradise, or the alligator pepper, is a plant in the Ginger (Zingiberaceae) family. While complete compositional analysis have not been performed on Grains of Paradise, preliminary assays demonstrate is structural and chemical similarity to ginger – principally in that both ginger and grains of paradise contains a range of pungent bioactives, one of which is 6-paradol.

Along with 6-shogaol, 6-paradol appears to be the most bioactive of the approximately 14 pungent compounds identified in ginger. Both compounds appear to potently and dose-dependently mediate the PI3K (phosphoinositide 3-kinase)/PKB (protein kinase B), leading specifically to an increase in AMPk phosphorylation. Known as the ‘master regulatory switch,’ AMPk is responsible for balancing endergonic (energy absorbing) and exogenic (energy liberating) processes in the body’s response to energy demands. AMPk is therefore heavily involved in adipocyte (fat cell) differentiation, proliferation, and hypertrophy, via regulating both enzymatic action (11B-HSD1, HSL, SREBP-1) and downstream lipogenic genes such as PPARy2.

In the case of gingerols such as 6-paradol, increased phosphorylation of AMPk in adipocytes appears to have a mitigating effect on hypertrophy by reducing lipid synthesis. 6-paradol appears to increase AMPk, which in turn decreases the mRNA expression of the downstream PPARy2 (peroxisome proliferate activated receptor gamma 2), a nuclear receptor gene principally responsible for lipid accumulation. In other words, the gingerols control a compound (AMPk) which, in turn, controls fat mass metabolism.

Core SHRED is using the trademarked form of Gamma Butyrobetaine Ethyl Ester HCL, or GBB for short, Pro-GBB™. GBB is a naturally occurring molecule in the body that aids in the boosting of the non-essential amino acid L-carnitine. L-carnitine plays a key role in energy production by its ability to transport fatty acids into the cell’s mitochondria (‘energy producing powerhouse’) to be used for energy. Studies have shown that when GBB is present it can increase the bodies L-carnitine supply, thus providing enhanced benefits. So, in simplified terms, GBB increases usable L-carnitine in the body which increases the mitochondria’s ability to use fatty acids for energy. With the goal of reducing body fat or even improving performance, L-carnitine shows particular benefits in this field. A study conducted on mammals looked at the responses of L-carnitine supplementation on growth performance as well as circumference measurements. The results showed that weights of muscle tissue increased, whereas abdominal fat percentage decreased.