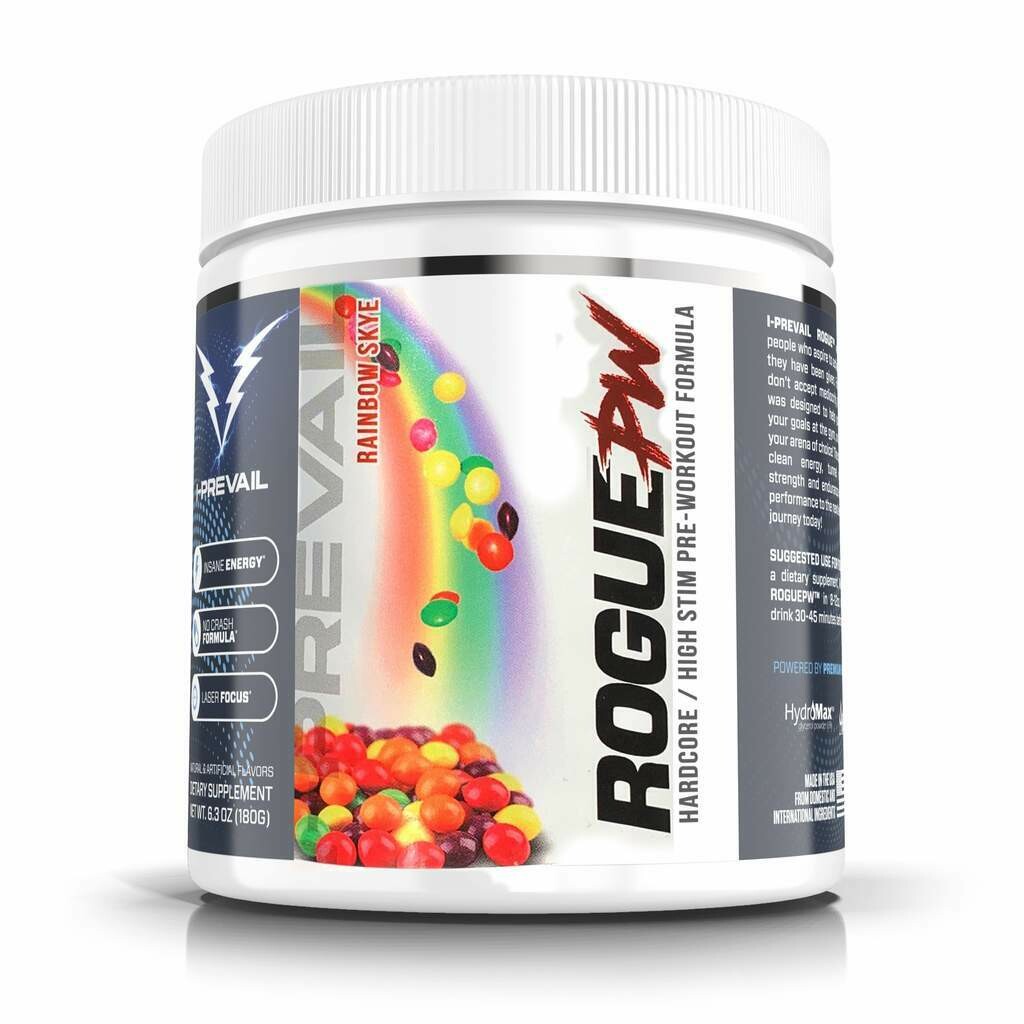 What’s in a good pre workout? POWER! And that’s exactly what you’ll find in RoguePW™. This potent pre is packed with fully charged stims to ignite every training session and performance enhancers to stimulate blood flow and better muscle performance. Each scoop of RoguePW™ contains:

With 850mg of total stimulants and supporting ergogenic aids, RoguePW™ is guaranteed to hit harder and drive better workouts than your average pre workout. Pick up some up and try for yourself!

Beta-Alanine serves as precursor to carnosine, and is actually better for increasing muscle carnosine concentration than carnosine itself due to beta-alanine’s ability to bypass the liver.

Similar to how Beta-Alanine increases carnosine by bypassing the liver, Citrulline increases body arginine levels better than arginine because most supplemental arginine is prematurely degraded.

Caffeine is the most ubiquitous supplement in modern society; known for its ability to enhance wakefulness and energy

Dicaffeine malate is an extended release caffeine designed to take the crash away from caffeine.

N-Phenethyl Dimethylamine is another stimulant with dopaminergic effects.

Hordenine HCI is a known stimulant that may be a noradrenaline uptake inhibitor, meaning it prevents Hordenine from being broken down.

AstraGin is a combination of Astragalus and Ginseng with reported effects on the digestive system.