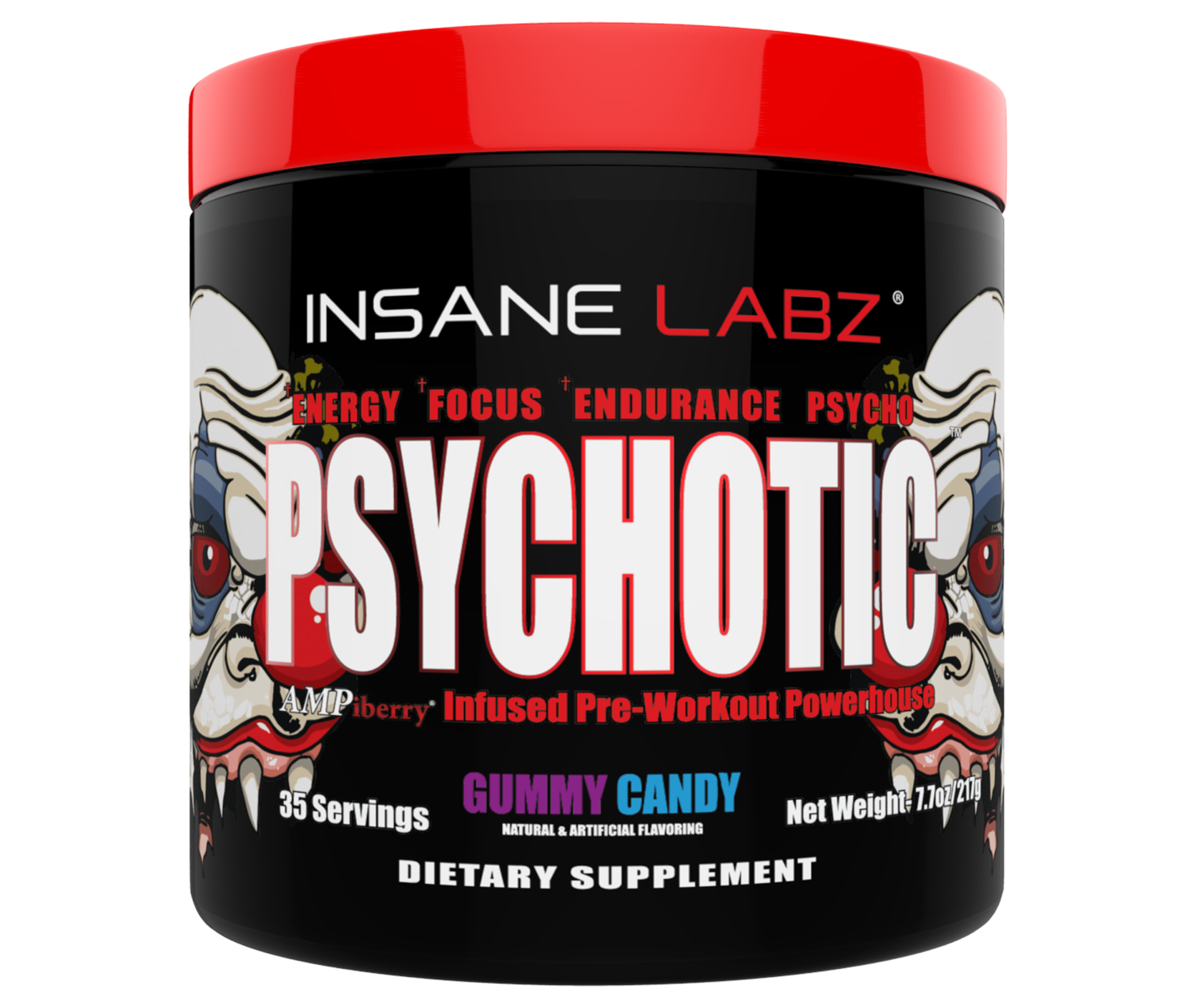 Psychotic isn’t your average pre-workout supplement. Each ingredient has been hand-picked based on the proven research behind it. Here are the top five heavy-hitting ingredients that you’ll get in every serving of Psychotic.

Famous for the tingling feeling you get in the back of your neck and throughout your body, beta alanine is a pre-workout staple. This amino acid has been featured in several athletic-based studies to determine if it lives up to its reputation.

One research review looked at several studies on beta alanine and determined that it was an effective way to improve overall performance during exercise. On that same line, in a different study, beta alanine was proven to boost endurance levels while increasing anaerobic threshold.

Next, let’s talk about strength: Whether you want to lose weight, build muscle, or boost performance, strength is key. Beta alanine was shown to increase muscle and strength gains when combined with creatine monohydrate. Speaking of which…

Considered one of the most important pre-workout ingredients, creatine monohydrate delivers energy and fuel to your muscle tissue. Once ingested, creatine is broken down into a compound called adenosine triphosphate. More commonly known as ATP, this is the preferred fuel source of your muscles as you exercise.

Daily creatine supplementation has been shown time and time again to improve workout performance while reducing perceived muscle fatigue. The more fuel your muscles have, the more you can press and the longer you can go. Fitness goals such as muscle building require a specific time under tension and creatine can help you achieve it.
Creatine supplementation has also been connected with more strength and greater power output during exercise. Despite old rumors, creatine monohydrate is completely safe to use long term. Just be sure to drink plenty of water (which you should already be doing).

The foundation of any great pre-workout supplement, caffeine is the key to spiking those mental and physical energy levels. It’s been proven to increase your energy while supporting athletic performance.

Caffeine has been shown to kickstart your focus and attention; it’s the reason you wake up every day to drink coffee. In the weight room, caffeine can put you in the zone.
Best of all, caffeine has been suggested to help with recovery and decreasing the amount of delayed on-set muscle soreness (DOMS) you feel up to 48 hours after a workout.

The sister ingredient to the famous, yohimbine, rauwolfia vomitoria has many of the same properties and benefits. Most notably, this compound can spike your energy levels pre-workout while supporting your performance. This will ensure you’re ready to tackle the toughest workouts.

It’s also been suggested as a great way to naturally support weight loss when used in combination with a well-structured workout and diet program.

Finally, we have huperzine-A, the original nootropic ingredient. Nootropics, more commonly called brain boosters, support your cognitive health and performance.
Huperzine-A, an extract from huperzia serrata firmoss, has been shown to increase the production of acetylcholine, which is precursor to neurotransmitters. Acetylcholine has also been shown to support memory and information recall.
In the weight room, huperzine-A can help to increase your mental energy and attention. This can help you learn new exercises while supporting a fierce mind-to-muscle focus.

Psychotic is not your normal pre-workout. Begin with 1/2 scoop to assess tolerance.
Save this product for later
Display prices in: USD