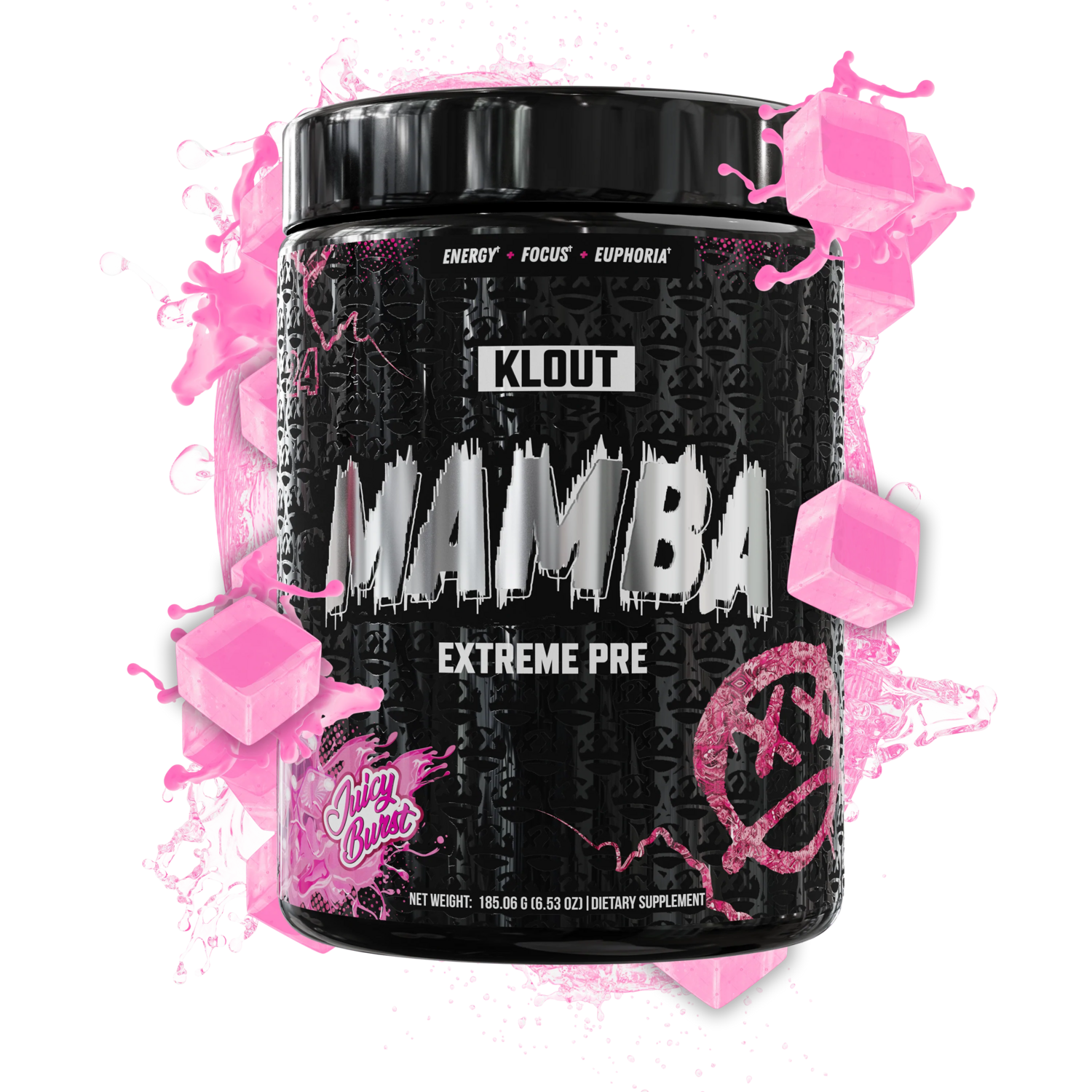 Mamba is a high-stim, crash-free & well rounded pre-workout that also includes a fully dosed pump & focus profile. Mamba was created for the customers who want a high-stim pre-workout, but without any banned substances, a well thought out & dosed pump profile with trademarked NO3-T Nitrate ingredients, but still includes a solid focus profile as well. We created this product to be the most clean, hard-hitting, well-rounded & crash-free high-stimulant pre-workout on the market. This was done all while doing it with zero banned substances, no corner cutting with fillers, 4 trademarked ingredients & a fully transparent label.

AlphaSize is all-natural, safe and carcinogen-free Alpha GPC Choline. Choline increases mental and physical performance, especially when taken in conjunction with caffeine. Hence, alpha-GPC has both nootropic and ergogenic properties, making it ideal as a pre-workout ingredient. More importantly though, we used the safer, more effective and natural form as compared to generic alpha GPC.

Our PWR Pump Blend is a blend of Sodium Nitrates and Betaine Nitrates which when combined create a highly effective, nitric oxide boosting blend of trademarked ingredients. NO3-T Nitrates are a trademarked form of sodium and Betaine which are many times more effective than their non-trademarked counterparts. This means you get the same level of nitric oxide boost in your system while uses ingredients that are less in volume and easier to consume.

Another ingredient in KARMA’s extremely potent Nootropic ingredient profile is Thinkamine™ which is a trademarked ingredient imported from Sweden. Thinkamine™ is one of the newest nootropics on the market and helps to increase mental focus, all while utilizing a different method of delivering the enhanced focus as compared to NooLVL and L-Tyrosine, so you get different ingredients, each delivering laser focus in different ways.

Is an extract of two adaptogenic herbs will longstanding history in traditional Chinese medicine. The constituents in these plants are suggested to selectively enhance the absorption of biomolecules by increasing intestinal permeability.

Caffeine boosts your metabolic rate and energy expenditure and increases alertness and focus. Caffeine stimulates the central nervous system by blocking adenosine, a neurotransmitter that normally causes a calming effect in the body.

Theobromine is a natural compound that can have similar feeling effects to caffeine, without actually increasing the caffeine levels in a scoop of MAMBA. Additionally, Theobromine may assist in dilating blood vessels, which could possibly enhance muscle function and recovery during and after exercise. This helps counteract stimulants which can constrict blood vessels during a workout.

Himalayan Pink Salt helps you maintain your body’s hydration by giving your system with trace minerals and electrolytes that you need to perform to your potential. Additionally, Pink Himalayan Salt helps with your body maintain electrolyte balance and helps your muscles contract.

Di-Caffeine Malate works to replenishing the energy produced by caffeine, which helps to minimize the dreaded post-caffeine energy ‘crash’. It does this through a precise combination of caffeine and malic acid fused together using an ionic bond into a compound known as di-caffeine malate.

Increases L-Carnitine, which in turn will help create more energy though fat breakdown. Additionally, it increases Nitric Oxide levels to help give you more pump and blood flow.