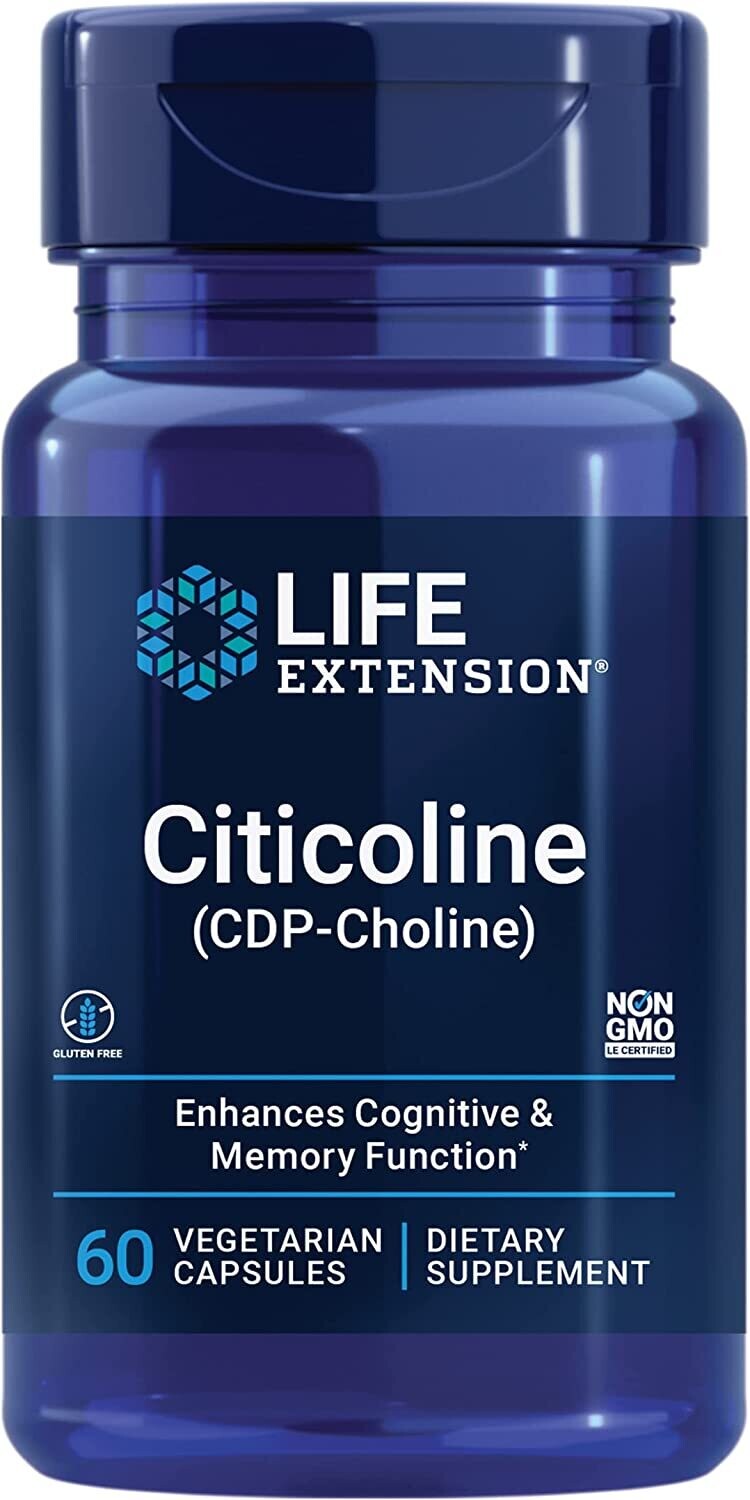 What Is Citicoline (CDP-Choline)?

Our Citicoline (CDP-Choline) capsules encourage the synthesis of acetylcholine—a neurotransmitter that is essential to healthy cognition, attention, memory function and more.

Choline is a substance needed by the brain to produce acetylcholine, a major neurotransmitter that facilitates communication between neurons. Unfortunately, brain cells absorb less choline as we age—which makes choline supplementation a good idea.

Power Up Your Brain

Choline is needed by our brains to produce acetylcholine, a neurotransmitter that facilitates communication between neurons. Unfortunately, our brain cells absorb less choline as we age. Our Citicoline (CDP-Choline) provides a form of choline that readily passes through the blood-brain barrier (BBB) directly into the brain, where cells can easily use it to nourish cellular membranes and support neurotransmitter production.

Choline is a substance needed by the brain to produce acetylcholine, a major brain/motor neuron neurotransmitter that facilitates the transmission of impulses between neurons. A substantial portion of the population consumes inadequate amounts of choline however, and dietary intake of the nutrient becomes increasingly important for brain health as we age.1,2

CDP-choline stands for cytidine-5’-diphosphate choline, also known as citicoline. This form of choline readily passes through the blood-brain barrier (BBB) directly into the brain tissue.3 CDP-choline encourages the synthesis of neurotransmitters, particularly acetylcholine, in the brain, which is believed to explain many of its beneficial effects.3

The science of CDP-choline

CDP-choline is also a neuroprotectant and a promoter of neuroplasticity, with a track record of supporting healthy cognition, memory and overall function in numerous clinical trials.3-5

In addition to its clinically studied brain power benefits in older adults, low doses of citicoline have been shown to support a healthy mood.6 CDP-choline also supports phosphatidylcholine production, an important phospholipid for nerve growth, function, and cellular membrane repair.3