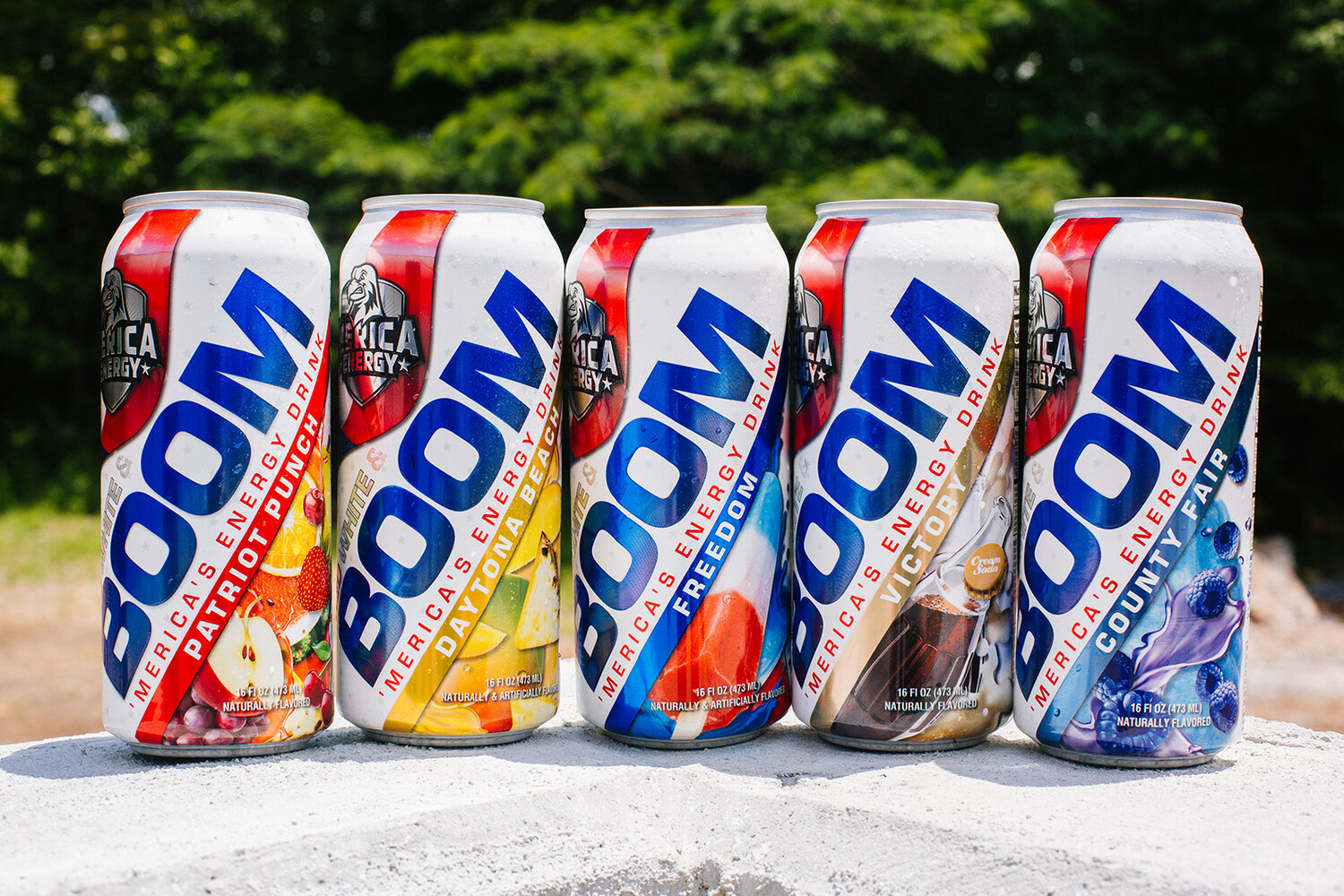 The Sights. The Sounds. The time you asked Carry-Anne out and threw up on your shoes because you ate way to many funnel cakes and rode the Whirly Bird 18 times in a row. Yes, we are talking about the Country Fair: a rite of passage for millions in this great land of ours. Well, what if we told you we took all of that-yes, all of it - and slapped it in a Can? Minus, of course, the taste and smell of the petting zoo and the odd gaze of that one carnival worker on the Ferris wheel. What would that taste like, you ask? Blue Raspberry Cotton Candy, of course.

At this point there are more bikins than grains of sand on the beach and you're rolling around in bright neon board shorts, a Hawaiian shirt, and a captain's hat you stole from a one-eyed old guy in a bar last night. In other words: it's Spring Break on Daytona Beach and life is good, real good. As your friend Badger rides into the sunset on a random tricycle you found, a majestic drink is placed in your hand. You make a sip and realize that this, this is a Daytona Beach: a refreshing and surprising mix of pineapple and mango that doesn't quit.

Have you ever emptied a bottle rocket, filled it with French fries, canned cheese, and American flags, stuffed the entire thing in a deep-fried turkee, lit the entire thing on fire and held it over your head standing in the back of a '67 El Camino, driving past the Washington Monument while blasting God Bless America over a pair of subs? Of course you have, you're 'Merican

In which case, you know exactly what freedom flavor tastes like. Seriously though, it tastes like a rocket pop.

History tells us that, before the Battle of Princeton, morale was low. The Soldiers, home-weary and in need of encouragement, turned to their leader, George Washington. George wondered aloud, "How shall I rally these men for a battle?" He then took a sip of fruit punch that Martha had lovingly prepared for him, stored faithfully in his lamb skin punch. He realized then that the punch was the key. Looking out at his soldiers, he exclaimed that the punch possessed vital powers and that one drink would turn them into super soldiers. While the boast was untrue, the men drank-oh, how they drank - and the effect propelled them to victory. The recipe of Washington's Patriot Punch was thought lost to history, until now. Now, it's in the very can you drink.

"Treason, bribery, or other high crimes and misdemeanors." These are the acts that Article 2,Section 4 of the United States Constitution, the greatest living document on this green earth, defines as impeachable offenses.

Well, the only treasonous thing about ImPEACHment flavored Red, White & BOOM is not drinking it. The only bribery going down here is your brain bribing your mouth to drink more of it, specifically by releasing details about your mouth's tawdry exploits in Daytona Beach for Spring Break '08. And the only high crime or misdemeanor is not ripping your clothes off to expose your stars n'stripes undies when you swig back this freedom fruit, this 'Merica medley, this libertylicious peachy keen 'Merican dream.

When you hear the word classic, what do you think of? James Dean sitting in a '55 Chevy? White picket fence? That one time your cousin Jim convinced the Thanksgiving Day Marshall that he was in the paradise and then walked down Main Street, mostly naked, screaming "The British are coming"? We think of Cola...Cherry Cola.

Just like Jim, we're classic and classy as heck. To deliver the feeling of a cool brisk breeze on Jim's naked body, combined with the taste of your favorite Cola, we've developed Classic Cherry Cola Red, White & BOOM. Enjoy.

Lying in his death bed on March 28th, 1969, Dwight Eisenhower was asked by a family member what his favorite thing was. His answer? Victory.

The family member pressed further. "What's victory to you, like?" Tears welling in his eyes, reflecting on the end of a life of valor, ike spoke his final words: "Victory is kicking a Nazi in the pee-hole while drinking a cream soda." In honor of ike, we've canned that feeling in a test. Enjoy.