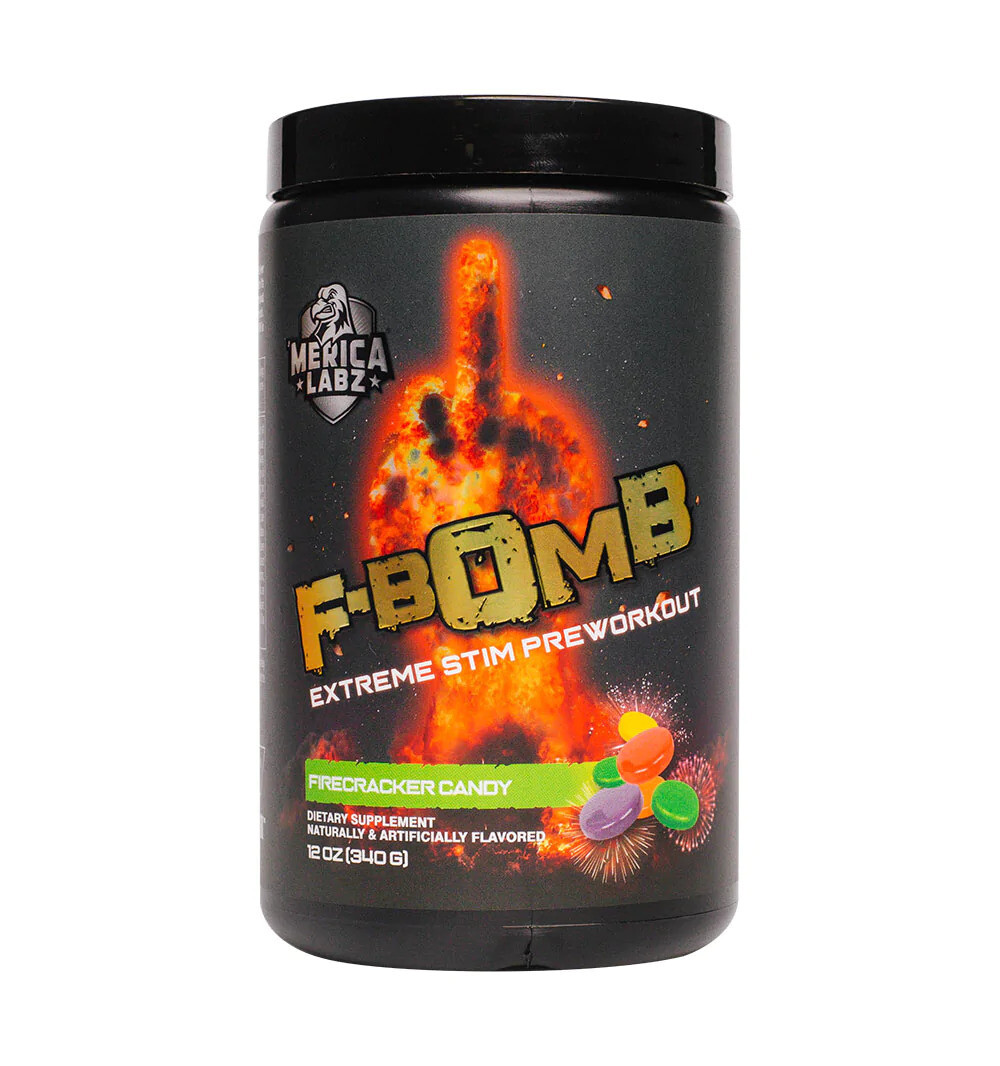 What do you do when merely annihilating the competition isn’t enough? You deliver a biblical ass kicking – the kind that forces future scholars to question whether its fact, fiction or the stuff of legends - then pee on all their stuff to demonstrate your dominance. You build a weapon capable of wiping life off the face of the earth while also flipping everyone off with a middle finger big enough to see from space.

F Bomb is like that, except its pre-workout with enough stimulants to make your grandmother yell F#$@ in a crowded church. If the original Red, White & BOOM was the U.S. military pre-WWII and A Bomb is atomic warfare, F Bomb is the Death Star on steroids. It’s time to get pissed ‘Merica. It’s time for war.