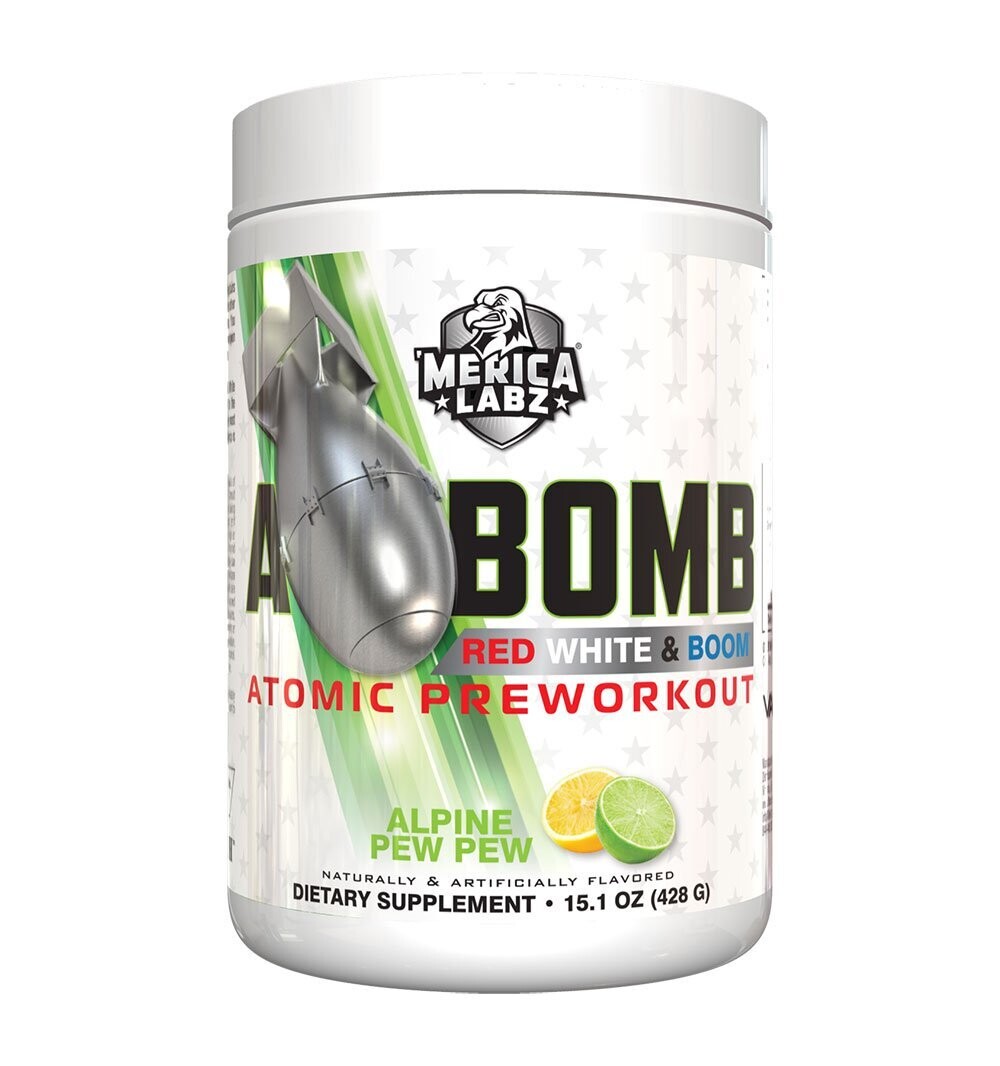 You know that thing in a relationship where one person complains that they can't tell when the other person is mad, because the other person is passive-aggressive? Yeah, that's not 'Merica. You know when we're mad or serious, because we develop a weapon capable of wiping life as we know it off the face of the Earth.

A Bomb is the pre-workout version of that. The original Red, White, & BOOM preworkout is like the American military prior to the development of the bomb: ask anybody and they'd say it's the most BA around. But the A Bomb version changes everything. 'Merica is pissed and it's time to go to war.

Mix 1 scoop with 10-16oz of water and consume approximately 15-30 minutes prior to your workout. To assess tolerance, new users may want to start with 1/2 scoop.