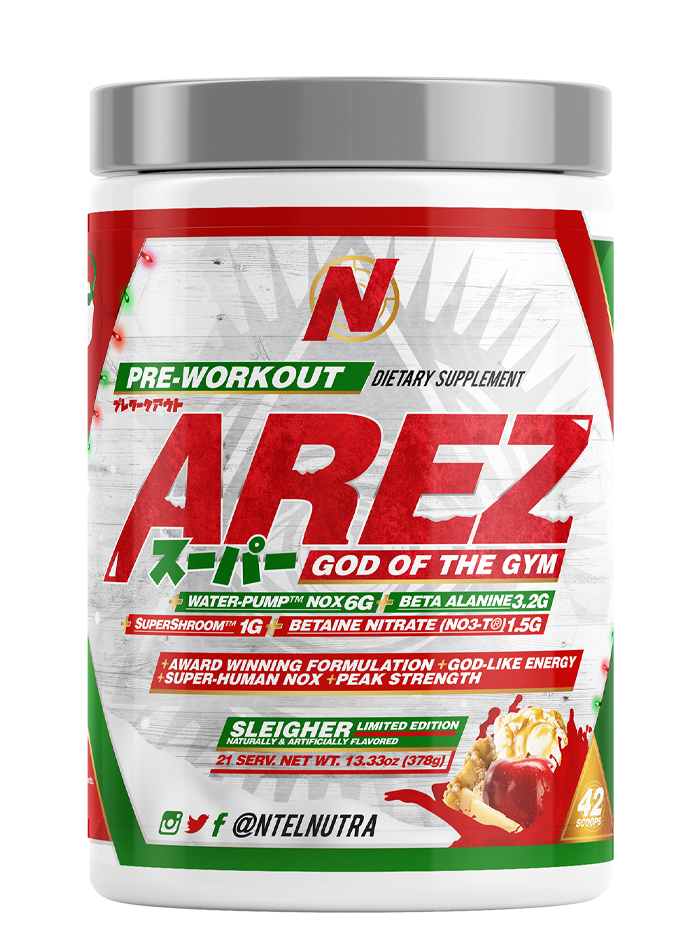 The Ascended God of the Gym

AREZ has become synonymous with delivering a supreme training experience, one that has the user feeling boundless energy coupled with relentless motivation and unyielding focus.

Over the years, we’ve made it our mission to continue to do the impossible -- improve on an already outstanding pre workout supplement.

Weaving together a synergistic combination of nutrients that enhance energy, boost focus, heighten mood, and engorge muscles, we are proud to unveil the new king of pre workouts in AREZ SUPER!