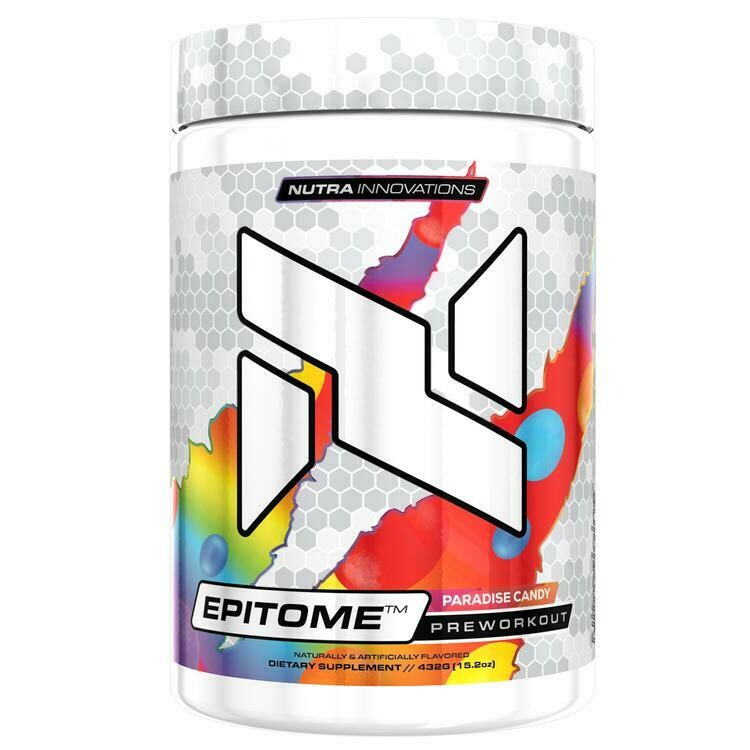 What is the perfect example of a pre-workout supplement? You’re looking at it. The best pre workout will check all the boxes: Energy, Pump, Focus, and Performance. Epitome exists to make you the perfect representation of your physical aspirations – whether they are to have more muscle, less body fat, or more strength. Using a well-rounded profile of the best science has to offer, Epitome was built to smash plateaus and create perfection.

Don’t let your efforts go unnoticed. Become better by capitalizing on every biological pathway that contributes to better performance and body composition. Be the Epitome.

One of the essential B vitamins

An essential B complex vitamin with broad effects

Betaine is a hygroscopic osmolyte also known as trimethylglycine

Nitrosigine is a specialized, patented form of arginine with significantly better effects than L-Arginine

Alpha-GPC is an improved version of choline, alpha-glycerylphosphorylcholine

Caffeine is a xanthine molecule with pronounced biological effects

2 unique forms of caffeine which may extend the release curve of caffeine for a more sustained effect and a smoother experience.

An herb with a powerful profile of alkaloids.

Huperzine is an acetylcholinesterase inhibitor.