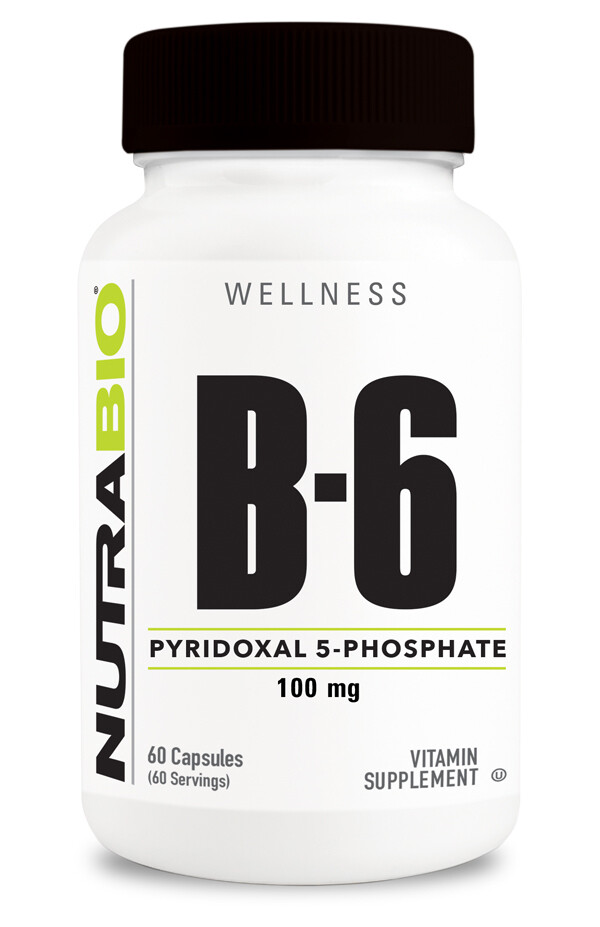 Vitamin B6 is a group of water-soluble compounds (vitamers) that functions as a coenzyme in many reactions involved in amino acid, carbohydrates and lipid metabolism as well as the production of antibodies and red blood cells.*

Pyridoxal 5'-phosphate (P-5’-P) is the metabolically active form of vitamin B6, and it is involved in over 100 enzymatic reactions, many of which are related to protein metabolism.*[1,2]

In addition to protein metabolism, vitamin B6 helps release glycogen from the liver and muscles, suggesting its utility in exercise performance.*[3]

The versatile vitamin/coenzyme also has been shown to protect lipids and proteins against glycation reactions as well as aid homocysteine methylation, indicating its role in supporting cardiovascular health.*[4,5]

Pyridoxal 5'-phosphate (P-5’-P) helps maintain the balance of sodium and potassium, which regulates body fluids and promotes healthy functioning of the nervous and musculoskeletal systems.*

To top it off, vitamin B6 also affects cognitive function and mood, and it is required for the biosynthesis of critical neurotransmitters, including GABA, dopamine, noradrenaline, serotonin.*[6]

As a dietary supplement, take one (1) capsule daily with food, or as recommended by a healthcare practitioner.