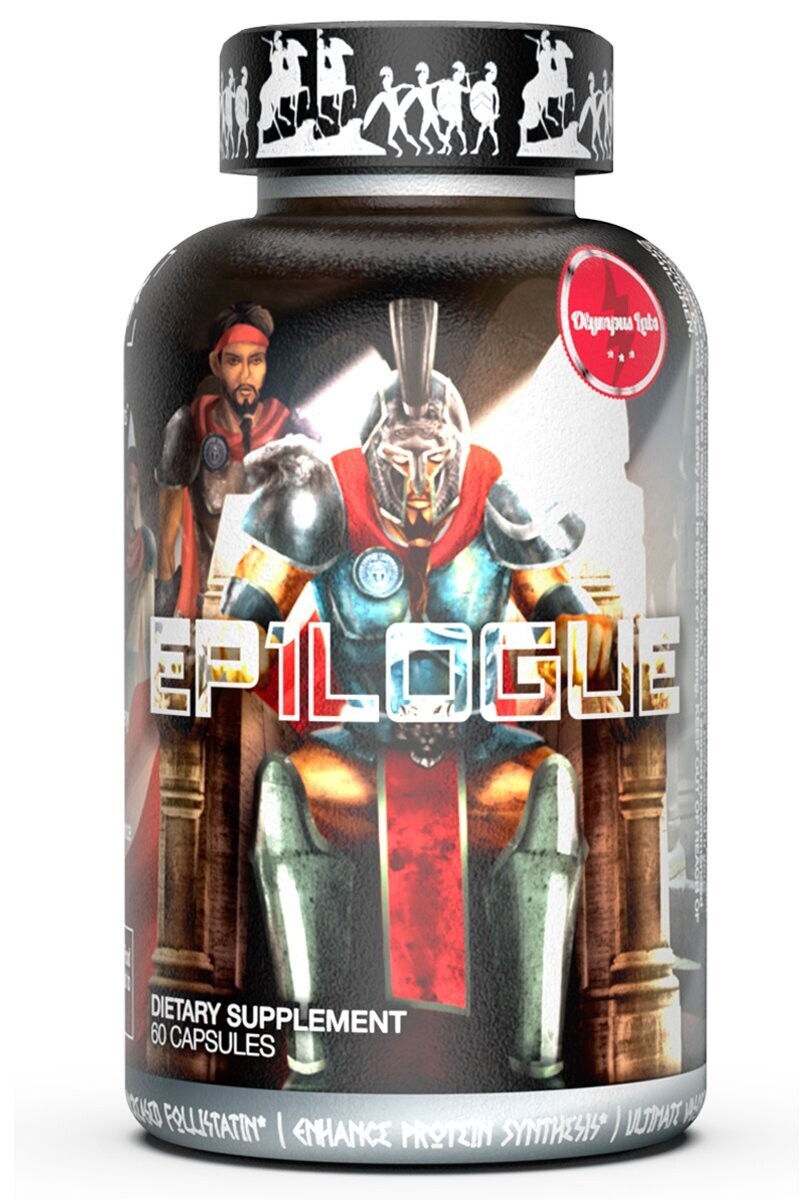 The story of (-)/- Epicatechin began as a feel good story that ended in heartbreak. All over the world, bodybuilders who were expecting mythical muscle gains were instead heartbroken. A flavanol found in the cocoa plant and green tea, Epicatechin, generated keen interest from the supplement industry. Research in rodents suggested Epicatechin demonstrated an ability to suppress a protein in the body, myostatin, which prevents the increase of muscle size and differentiation. Since Olympus Labs is always on the leading edge of new ingredient research, we took a risk on Epicatechin and released EP1C. Regrettably, the majority of customers did not experience a noticeable increase in strength because it was discovered the bioavailability of the Epicatechin in humans is poor.

Epicatechin is a flavanol found in cocoa seeds and green tea that has been found to act as a myostatin inhibitor. Myostatin is a protein that inhibits muscle cell growth and differentiation, so blocking its action is beneficial to those seeking additional muscle mass. Other studies have demonstrated that supplementation with Epicatechin could increase Follistatin, a protein which binds to and inhibits myostatin, by 2.5 times. Myostatin can be viewed as one of the primary rate limiting factors of muscle growth, (-)-Epicatechins unique ability to oppose this natural "lid" on muscle growth potential makes it one of the most potent tools on the dietary supplement market!

In addition, (-)-Epicatechin research has shown it to provide various other pharmacological effects, such as supporting optimal vascular health, as well as healthy weight management. It has been shown to enhance exercise capacity, in particular anaerobic performance.

A major shortcoming of regular (-)-Epicatechin is its poor oral bioavailability, it is subject to significant metabolism prior to reaching the bloodstream. Olympus Labs PhytoFUSE, is a unique delivery technology that enhances the bioavailability and absorption various classes of compounds such as Flavanols, including Epicatechin. Research has shown that this method of delivery can enhance potency and duration of action substantially!

One of four metabolites of ellagic acid/ellagitannins. Research has shown supplementing the diet with ellagitannins mitigates muscle damage experienced during intense exercise and protects muscle against stresses induced by a high-fat diet. Clinical research on Urolithin B in mice found that it enhanced myotubes growth and differentiation by increasing protein synthesis. It demonstrated an ability to inhibit the ubiquitin–proteasome pathway (UPP), the principal mechanism for protein catabolism. It also induced muscle hypertrophy and reduced muscle atrophy.

Signaling analyses indicate a connection between the androgen receptor and the mTORC1 pathway, possibly via AMPK. In studies, UroB at 15µM promoted androgen receptor activity by 90% vs. testosterone at 100µM which promoted androgen receptor activity by 50%. Even at significantly lower doses, it outperformed testosterone. Additionally, UroB at 15µM upregulated MPS by 96% while at 100 µM upregulated MPS by just 61%. Once again, at a significantly lower dose, UroB was more effective than the sugar regulating hormone at increasing muscle protein synthesis!

A natural bioactive component contained in the dry rhizome of Ligusticum chuanxiong, a plant that has been traditionally used in Chinese medicine. Ligustrazine has been shown to acts as a “calcium channel antagonist”, blocking the flow of Calcium ions (Ca2+), which produces a profound vasodilatory effect, increasing nitric oxide levels through inhibiting Ca2+ influx and the release of intracellular Ca2+, as well as boosting levels of cyclic guanosine monophosphate. All in all, leading to increased blood flow and extraordinary “pumps” and vascularity.

Ligustrazine possesses a further broad range of pharmacological effects, such as acting as an antioxidant, anti-inflammatory and antifibrotic agent. But more specific to its inclusion in the formula, it displays potent anti-catabolic effects, where studies have repeatedly shown it to prevent skeletal muscle atrophy in hindlimb unloading experiments through multiple pathways such as inhibiting endoplasmic reticulum stress and protecting against protein breakdown and cell destruction (proteolysis and apoptosis). Obviously incredibly beneficial during a cutting or recomposition phase!

It is plant hormone involved in the response to environmental stress and in the control of seed dormancy and germination. Recently, ABA has also been demonstrated to behave as an endogenous hormone in mammals, playing an important role in regulating glucose metabolism in humans. A study involving healthy human participants, which found that a very low dose (in the micrograms) of oral ABA significantly lowered glycemia and insulinemia following an oral glucose load test. It appears ABA works independently of the blood sugar regulatory hormone, through the stimulation of muscle glucose uptake, causing a reduction of blood glucose. Studies have demonstrated a direct, blood glucose regulatory hormone-independent effect of ABA on GLUT4 expression, an essential mechanism for driving glucose into cells from the bloodstream. This independent stimulation of glucose transport in the skeletal muscle may account for the glycemia-lowering effect of ABA observed both under acute and chronic treatment. The study found subjects using ABA observed a reduction of BMI and waist circumference.

Further, ABA has shown to have a potent impact on adipose tissue whereby it induces the ‘browning’ of adipocyte cells into energy producing powerhouses known as brown fat, that has been shown to boost metabolic rate through heat production. Interestingly, ABA has also been shown to potently increases GLUT4 expression in brown fat cells, driving glucose uptake, increasing oxygen consumption and carbon dioxide production, and thus boosting energy expenditure!