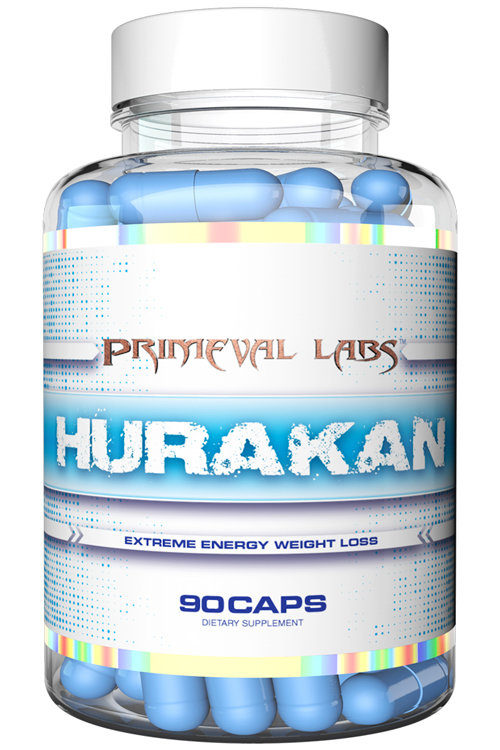 When you want to lose fat, the advice is always the same -- “eat less, move more.” So, like every other person whose undertaken a fat loss endeavor, you start going to the gym a few times a week and stop eating all the “bad foods” like cookies, candy, and cake.

You start to lose a pound or so every other week, and then your weight loss comes to grinding halt. The scale won’t budge, the tape measure reads the same, and the fat calipers are locked in place -- What gives?!

Well like everyone else, except for the genetic elites, simply “moving more and eating less” isn’t really enough to burn fat and get lean. Whether it be a slow metabolism, lackluster thyroid function, or poor nutrient partitioning, your body is set on holding onto that last bit of fat around your waist come hell or high water!

Does this mean you’re condemned to life of looking average and never getting truly lean?

Not, by a long shot!

But, you need a powerful ally by your side. One that will rev up your metabolism, increase your calorie burn, and ignite thermogenesis.

What you need is Hurakan!

Hurakan is unlike any fat burner you’ve seen or tried before. It’s more than just a cocktail of stimulants. Hurkan is a fat burner in the truest sense -- it helps your body burn the fat that’s already stored in your body thanks to the unique lipolytic agents included in it.

Don’t worry though, Hurakan is packing some heavy energy, long lasting and balanced. The type of energy that never quits or leaves you feeling bottomed out and jittery at the end of the day.

Hurakan is extremely well rounded and has been scientifically formulated to enhance fat burning via multiple pathways, meaning you’ll attack fat from ALL directions, not just one or two like other products on the market.

Primeval Labs extensively researched the most effective and proven fat loss agents and selected only the best to put in Hurakan. Each dose provides exactly what you need to increase thermogenesis, mobilize stored fatty acids for fuel, suppress appetite, ignite your metabolism and enhance adipogenesis (inhibition of fat storage in the body). Hurakan transforms you into a thermogenic powerhouse that incinerates fat all day long!

Garcinia is rich in hydroxycitric acid (HCA), which has been found to enhance the body’s fat burning capability by inhibiting an enzyme called citrate lyase, which is needed to make fat. By inhibiting a pro-fat storage compound, you’re indirectly burning fat by not storing as much in those trouble areas. Plus, HCA also increases levels of serotonin, which helps improve satiety and reduces your appetite.[2]

Olive Leaf Extract is derived from Olea Europaea, a smaller species of the olive family found all over the Mediterranean. It’s also one of the most effective stimulant-free ingredients for fat loss too!

Olive leaf extract improves insulin sensitivity and protects against LDL (“bad”) cholesterol oxidation, due to its high oleuropein content.[5] That’s not all! This potent extract also increases thyroid hormone, which we all know is extremely helpful when trying to burn those last few pounds. Clinical research on olive leaf extracts demonstrates it enhances thyroid function, which increases energy expenditure (meaning you burn more calories!) as well as improve key markers associated with obesity and diabetes.[6]

Tired of the bloat and excess water weight that never seems to leave your body? Then you want Dandelion extract in your thermogenic!

Also known as Taraxacum officinale, Dandelion is one of the most common and effective water-ridding agents used in today. Not only does it increase urine output, but dandelion also enhances frequency of urination for up to 5 hours![7,8]

A common concern when using pro-diuretic ingredients is mineral loss due to increased urine output. Not to worry though, as dandelion is rich in potassium, one of the most essential minerals in regards to eliminating water weight.

Carnitine is a naturally-occurring compound in the body that enhances energy production by converting fat into useable energy. This makes carnitine an incredible fat loss ingredient as it enhances the rate your body burns fat for fuel during the day. The problem is the regular, free form L-Carnitine isn’t all that effective in young, healthy athletes. That’s why Primeval Labs has included 4 different forms of enhanced carnitine. Ones that are more bioavailable in the body, making for better fat burning and energy production!

Acetyl L-Carnitine (ALCAR) is quite possibly the most well known, and effective, of the alternative version of Carnitine. The reason ALCAR works so well is that it’s able to cross the blood brain barrier (BBB).[10] This allows ALCAR to exert a number of actions in the brain including reduced mental fatigue[11], heightened mood[12], and enhanced learning and cognition.[13,14]

But, it’s also an effective fat burning ingredient, as it increases fatty acid uptake into your mitochondria, which means you burn stored fat for energy instead of glucose!

That’s not all LCLT has to offer though, as it to leads to greater rates of fat oxidation and spares muscle glycogen.[18,19]

GlycoCarn is a patented form of Glycine Propionyl L-Carnitine (GPLC) and the fourth and final form of carnitine in Hurakan. Once GPCE enters the cell it’s metabolized into L-carnitine and propionyl coenzyme A.[22,23]

Similar to the other forms of carnitine, GlycoCarn enhances energy production as well as supports blood flow and circulation.[24,25]

Hurakan’s Thermo Energy Blend is unlike anything ever encountered in a fat loss supplement before. This energy-boosting matrix is bolstered by four different forms of caffeine which provide immediate, intense, and long-lasting energy throughout the entire day. Plus, you’ll also find a number of ingredients to ratchet up thermogenesis and kick your metabolism into high gear!

The foundation of all great fat burners is built upon a solid energy base, and there’s no finer stimulant to begin an energy blend with than caffeine anhydrous, the granddaddy of ALL stimulants.

Caffeine anhydrous is pure, unadulterated caffeine. It gives you the immediate energy you need to get going in the morning, helps stimulate lipolysis, and even serves to enhance the fat-burning functions of all the other ingredients in Hurakan.

Natural caffeine derived from green tea provides the same stimulatory effect on the CNS, increased energy, alertness, mood, etc., but feels much smoother in the body than anhydrous, which feels a touch more aggressive when taken in excess. Used alongside anhydrous, natural caffeine provides a more controlled energy experience giving a “best of both worlds” approach to energy enhancement.

Is it getting hot in here?!

It will be with Paradoxine, the industry-leading, patented extract of Grains of Paradise, that cranks up your internal temperature creating a thermogenic effect like few ingredients can.

Paradoxine (Aframomum Melegueta), has also been used for centuries in various cultures to treat all sorts of diseases. But recently, the pungent spice has garnered a reputation as a premium stimulant-free fat loss agent due to its ability to increase energy expenditure and mobilize fat from brown adipose tissue (BAT), leading to greater calorie burn and faster weight loss.[26]

Don’t be surprised though if feel hotter than usual with Paradoxine, as it packs a potent thermogenic punch!

Responsible for the mood-lifting sensation you get from eating a piece of high quality chocolate, Phenylethylamine (PEA) is a trace amine that acts as a CNS stimulant in the body. It’s main action is to increase the “happy hormones” of the body, including dopamine and serotonin.[27,28] Basically, with PEA in Hurakan, you’ll be feeling better than ever, even on an extremely low calorie diet!

N-Methyl Tyramine (NMT) is a naturally occurring alkaloid of PEA as well as a powerful beta-2 adrenergic receptor agonist that scavenges fatty acids to be burned energy. Additionally, NMT also increases adrenaline production and helps ignite the “fight or flight response” in the body, giving you a much needed boost in energy when you need it most![29]

Evodiamine is extracted from a plant called Evodiae Fructus, a member of the Tetradium genus of plants. Evodiamine is well known for its pronounced thermogenic effect and is a popular fat loss ingredient for its ability to inhibit fat uptake in the body.[30,31] With evodiamine at your side, you’re less likely to store fat, thereby keeping that lean physique you’ve worked so hard on!

Cayenne pepper is a staple of Cajun cuisine where it lends a delicious flavor, but also an incredible level of heat. It turns out the heat in cayenne pepper (from capsaicin) doesn’t just affect your taste buds, but also ramps up thermogenesis. Research has shown that cayenne extracts help oxidize fat and increase energy expenditure.[32]

What? Another form of caffeine?!

Yep, PurCar is a natural form of caffeine extracted from unroasted green coffee beans that’s standardized 94% pure caffeine. The advantage to PurCaf over other forms of caffeine is that it’s non-GMO, GRAS certified, and a smoother, longer-lasting caffeine than over variants of the stimulant, such as caffeine anhydrous.

Common throughout the various regions of Brazil, Guarana is typically consumed for its metabolism boosting and fat burning abilities as well as the potent amount of caffeine contained in its seeds.[33]

How many times have you lost some weight during your fat loss journey, but can never really seem to get rid of the stubborn fat around your waist and hips. Well, that’s where Yohimbine comes to the rescue!

Yohimbine is an extremely powerful stimulant and alpha-2-adrenergic blocking agent that increases noradrenaline, which makes for noticeably increased energy and helps liberate stored, stubborn fat to be burned for energy.[34]

Take 3 capsules once daily. Do NOT consume more than 6 caps in one day.