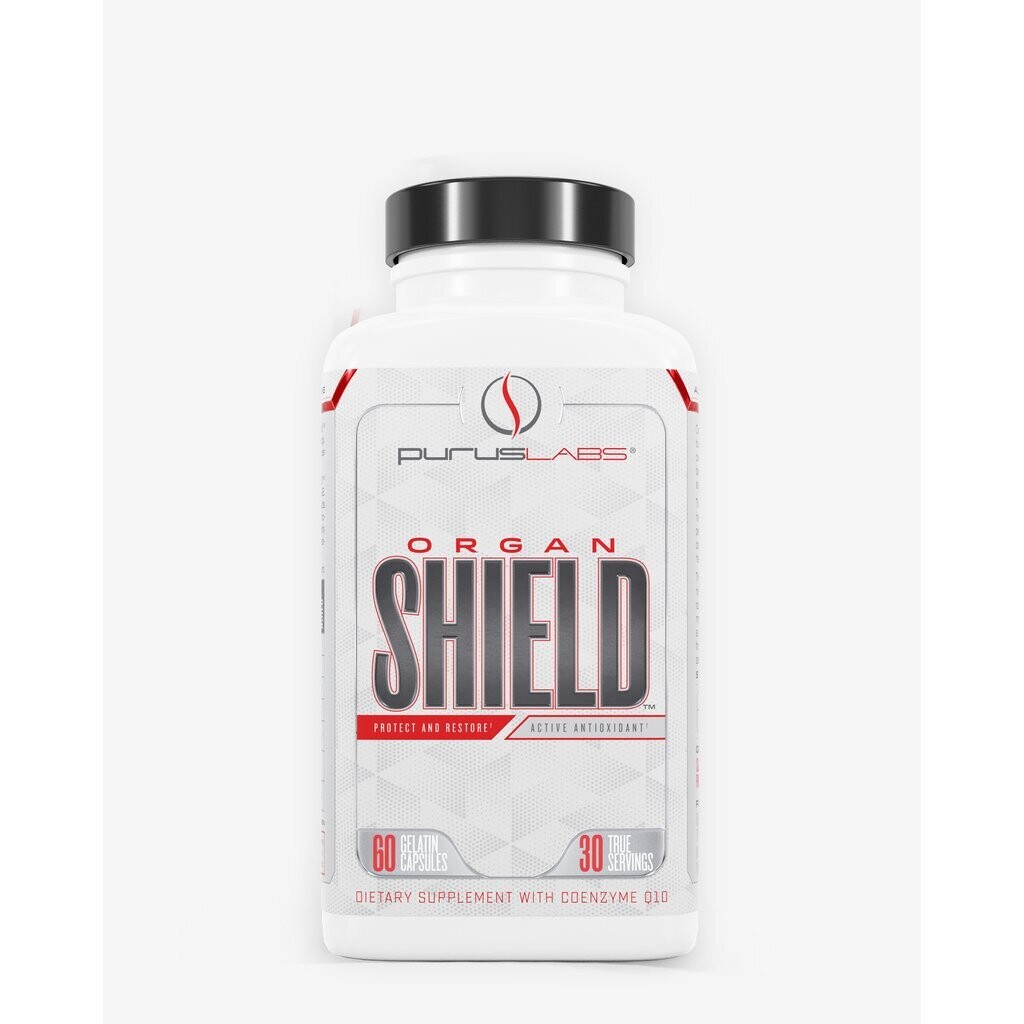 Purus Labs maintains its focus on bringing you safe, anabolism-inducing product stacks by engineering the most pivotal protection compliment to any “pro-anabolic” cycle. Organ Shield™ was specifically designed to support, protect, and restore hepatic (liver), prostatic (prostate), and cardiovascular (heart) function during times of high stress, such as when using “pro-anabolics.” This blend of specific antioxidants, flavanoids, and phytonutrients scavenges free radicals preventing them from attacking healthy cells as well repairing damaged cells. 365 days a year, whether ON-cycle or OFF-cycle, this is a must for any serious athletes’ arsenal!

The antioxidant milk thistle has been used since Greco-Roman times to treat an array of liver ailments. Several studies suggest milk thistle protects the liver from damaging toxins such as alcohol and certain drugs. The active component most responsible for milk thistle’s detoxifying effects is called silymarin. This substance, comprised of several flavonolignands, helps repair liver cells damaged by toxins as well as protecting healthy liver cells. It has also been purported to have cholesterol lowering benefits as well.

NAC, arguably the pinnacle antioxidant, consists of the amino acid cysteine joined with an acetyl group making it more soluble and more biovailable than L-Cysteine alone. NAC , basically a precursor to glutathione, donates cystiene to form glutathione which is found in the body and produced in the liver. NAC has been shown in studies to prevent cell death.

Alpha Lipoic Acid is quite possibly the most novel, multifaceted, and important antioxidants available today. It neutralizes free radicals in both the aqueous and lipid portions of cells, is a key player in the synergism of other antioxidants extending the metabolic life of glutathione and Coenzyme Q-10, repairs liver damage, has blood lipid modulating properties lowering risk factors associated with cardiovascular disease (CVD), and enhances insulin function speeding the removal of glucose from the bloodstream and ushering it into muscles.

Beta-Sitosterol is one of many phytosterols, phytochemicals naturally occurring in plants, whose structure closely resembles cholesterol. It has been shown to significantly lower cholesterol and has been used to treat hypercholesterolemia. Its major mechanisms of action are thought to be by preventing the absorption of dietary fat in the intestines where fat is digested and by increasing the flow of cholesterol binding bile acids in the digestive track excreting it in the feces. Beta-Sitosterol has also been proven effective in many studies in treating BPH (benign prostatic hypertrophy).

Rich in phytosterols and fatty acids, Saw Palmetto has been used in treating BPH as well as male pattern baldness. This is largely due to its supposed ability to inhibit 5-alpha reductase, an enzyme responsible for converting precious testosterone into DHT, and interfering with DHT’s binding ability to androgen receptors.

A highly active flavonoid, Quercitin, is yet another fierce antioxidant scavenging free radicals within the body. It most notably improves cardiovascular function by preventing the oxidation of LDL thus lowering cholesterol, lowering blood pressure, and also possesses anti-inflammatory properties.

CoQ-10 is a fat soluble, vitamin like antioxidant found in cells. The biosynthesis of CoQ-10 requires 8 other vitamins and several trace enzymes. It serves as the coenzyme for mitochondrial enzymes involved in the synthesis of ATP, which all cellular function depends. It is highly concentrated in the heart due to the high energy requirements of this muscle and has been studied due to the link between people with congestive heart failure and their corresponding low levels of CoQ-10. It also aids in healthy cholesterol levels because it inhibits the oxidation of LDL.

* Percent Daily Values are based on a 2000 calorie diet.