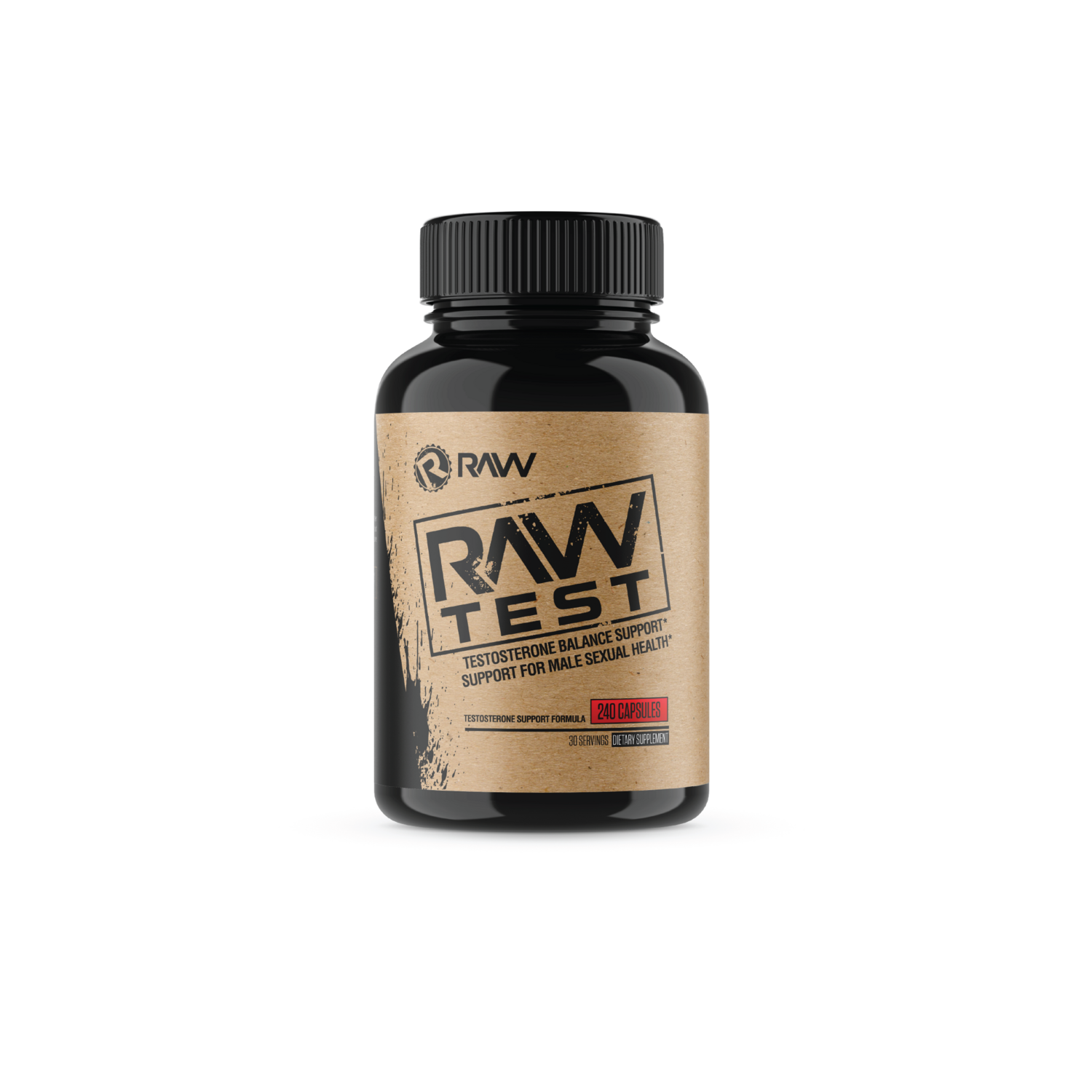 RAW Test is one of the most uniquely designed all-in-one formulas on the market to support natural increases in testosterone and lean muscle mass*. This powerful formula contains 8 key ingredients that, together, support natural testosterone production*, support estrogen balance and metabolism*, promote male sexual health*, and facilitate the maintenance and building of lean muscle tissue*. RAW Test is made with powerful ingredients like ByroViron®, KSM-66®, Muira Puama, and Rosemary leaf (standardized to ursolic acid).

Promotes the Natural Production of Testosterone

RAW Test comes loaded with ingredients that promote the natural production of testosterone in the body. For instance, ByroViron®, an extract of Bryonia lacinosa is a popular Ayurvedic ingredient used in for centuries to boost testosterone. Although there is no official research conducted in humans using Bryonia laciniosa, RAW Test contains the human equivalent dose of the highest amount of ByroViron® used to show the largest increases in testosterone (and considered safe for human consumption) in animal research. RAW Test also includes ingredients like KSM-66 which has several studies conducted in humans supporting its role as a pro-fertility agent and its ability to boost testosterone levels in men.

RAW Test also contains several pro-fertility ingredients. One of the most unique ingredients in this formula is Muira Puama, an aphrodisiac from Brazil with pro-erectile properties and is also referred to as "potency wood."

An extract of Bryonia laciniosa is a popular Ayurvedic ingredient that has been used for centuries to boost natural testosterone production and improve sperm health in men.

A patented Ashwagandha extract that has several clinical studies supporting its use as a pro-fertility and testosterone producing agent. KSM-66 is a high-concentration, bioavailable, full-spectrum ashwagandha extract considered to be the most complete ashwagandha of all major “root only” extracts on the market today.

This extract is standardized to contain 50% ursolic acid. Evidence has suggested that ursolic acid boosts IGF-1 in strength training males and may inhibit pro-catabolic pathways in skeletal muscle. Thus, possibly preserving muscle mass for those in a calorie deficit or those attempting to recover their natural testosterone production.