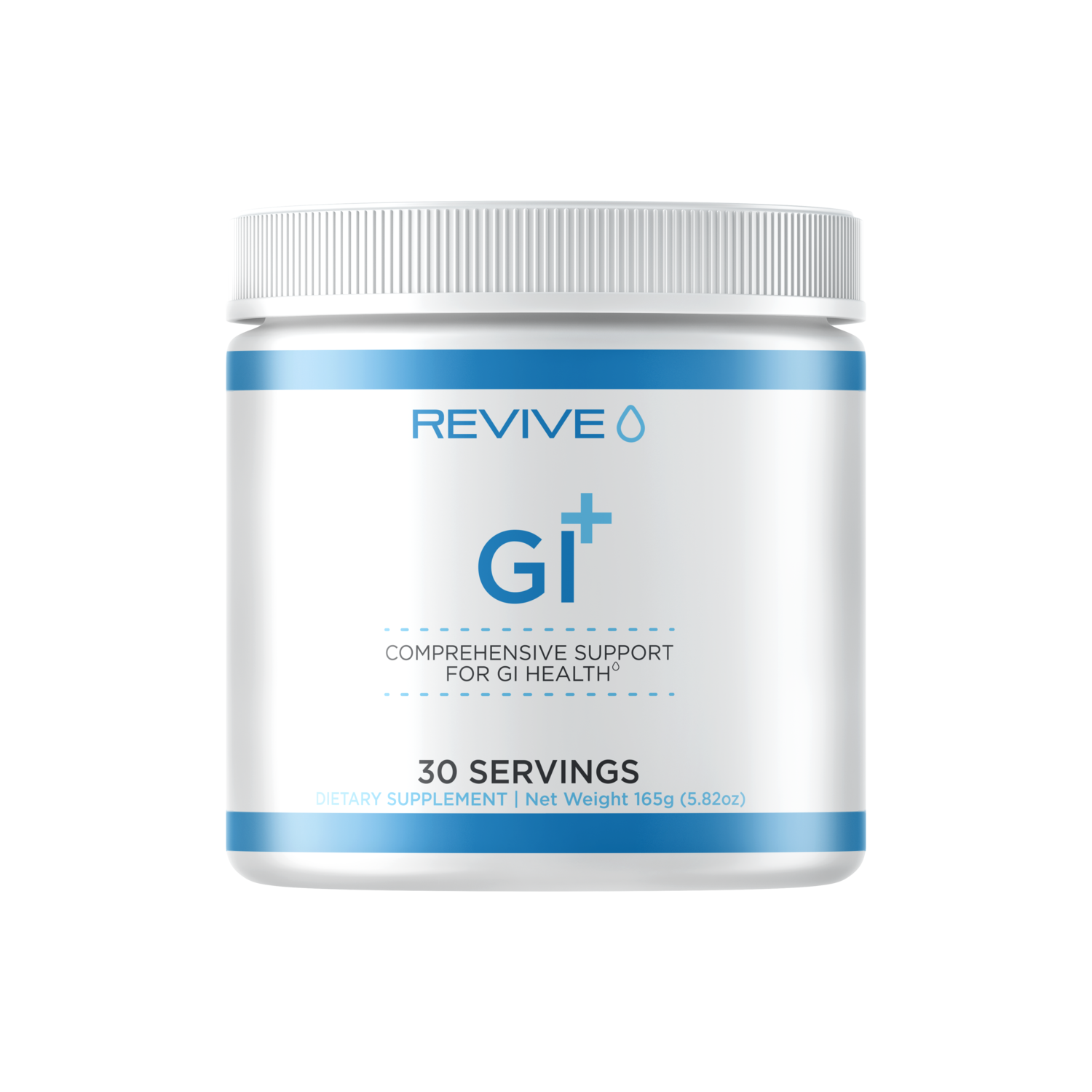 When used as suggested, GI+ may:

The gastrointestinal (GI) tract is one of the largest barriers between the host and different environmental factors. Over the course of a lifetime, up to 60 tons of food pass through the gut. Likewise, countless numbers of microorganisms from the environment pass through the gut – some of which may pose a threat to or make vulnerable GI tract integrity.1 This is why we developed GI+. Revive’s GI+ was designed to promote and protect optimal GI health through a combination of unique dietary ingredients in powder form.

Another important ingredient in GI+ is arabinogalactan (from larch gum). Arabinogalactan is a polysaccharide, meaning it is made up of many smaller sugar molecules. Specifically, it contains long chains of the sugars arabinose and galactose, which is how it gets its name. In cell and animal models, larch arabinogalactan is capable of enhancing natural killer cells and macrophages. In humans a clinical study demonstrated that larch arabinogalactan increased the body’s potential to defend against common cold infection. Larch arabinogalactan, decreasing the incidence of cold episodes by 23%. When arabinogalactan is consumed, it sits in the colon and is slowly fermented by the bacteria there. This fermentation produces short-chain fatty acids (SCFA), such as butyrate, which play an important role in colon health. For example, butyrate acts as an energy source for colon cells. Arabinogalactan may also interact with M-cells. These M-cells are part of the gut-associated lymphoid tissue, a system that plays an important role in the immune response in the digestive tract.

GI+ Powder Suggested Use: Mix one (1) scoop (5.5g) daily with water or beverage of choice, or as recommended by a healthcare practitioner.