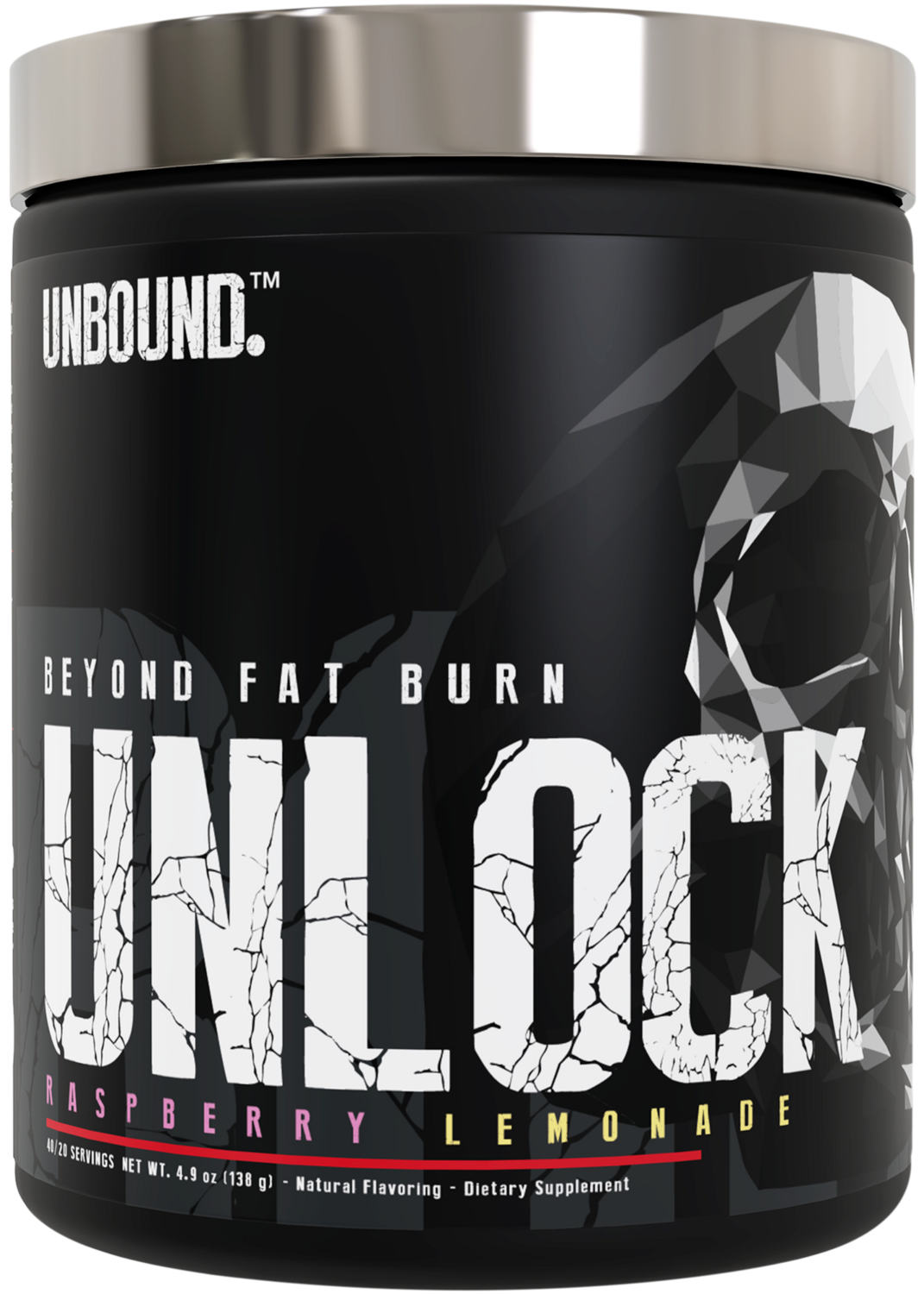 We've all had enough bullshit regarding "fat burners." Here's the facts: nothing works unless you do. UNLOCK is there to ensure that hard work is maximized.

MitoBurn™ (L-BAIBA) is a protein, derived from the BCAA L-valine, that is released by skeletal muscles during exercise. BAIBA is known to have beneficial impacts on glucose uptake, free fatty acid oxidation (i.e. fat burning) and body composition. BAIBA also helps “brown” white fat cells, which promotes greater energy expenditure and insulin sensitivity, thereby supporting weight management. MitoBurn™ is great for athletes and individuals of all kinds seeking better results from their efforts in the gym and in the kitchen as well as those looking to promote healthy and a more favorable body composition. *

Paradoxine is the industry-leading, standardized and patented grains of paradise extract standardized for 6-paradol. Human studies indicate that supplementation with Paradoxine may help to stimulate brown fat thermogenesis and increase whole-body energy expenditure as well as reduce body fat mass (including visceral fat) and waist circumference. *

Developed by NNB Nutrition, RhodioPrime is a high-quality form of rhodiola crenulata standardized to an industry-leading 6% salidrosides! Rhodiola has been used for centuries for its anti-stress and fatigue-abating benefits as well as its mood-enhancing properties. Salidroside is one of the key “energizing” bioactives naturally-occuring in rhodiola. Salidroside has been shown to influence several “big time” neurotransmitters, including dopamine, norepinephrine, epinephrine, and serotonin, while also inhibiting monoamine oxidase (MOA). This ultimately supports longer lasting elevations in mood, motivation, focus, and energy. *

InnoSlim® is a patented blend of highly purified Panax notoginseng root and astragalus membranaceus root extracts, developed by NuLiv Science that has a number of alluring weight loss/management qualities. In vitro studies indicate that the bioactive compounds found in InnoSlim (ginsenosides) can inhibit glucose uptake up to 41% within the small intestine via a reduction in the expression of SGLT1. Additional research suggests that InnoSlim may enhance glucose uptake into the muscle cells through increasing GLUT4 activity, supporting stable blood glucose levels and muscle energy production. InnoSlim also supports weight loss via the Adiponectin-AMPK-HIF-1-GLUT4 pathway, which may help reduce blood glucose and fat accumulation. *

Zum XR is a novel, patented coating technology that allows various ingredients, including caffeine, to have a longer lasting effect in the body. Combining Zum XR delayed-release caffeine with caffeine anhydrous, enXtra and Zynamite offers an unparalleled sensory experience, helping athletes of all kinds feel energized, focused, and motivated all day long! *

Acetyl-L-Carnitine (ALCAR) is an acetylated version of l-carnitine that has significantly greater bioavailability than regular L-Carnitine and helps combat physical and mental fatigue. Carnitine plays a vital role in the body’s ability to burn fat for energy as it facilitates the transportation of fatty acids into the mitochondria where they can be oxidized (“burned”) for energy. ALCAR also possesses some exciting nootropic benefits as it enhances mental energy, excites neurons, offers neuroprotection, and supports the production of key neurotransmitters, including acetylcholine, dopamine, and serotonin. *

L-Tyrosine is an essential amino acid used in the production of important neurotransmitters, including dopamine, as well as catecholamines, including norepinephrine and epinephrine, that play a key role in the fat burning process. *