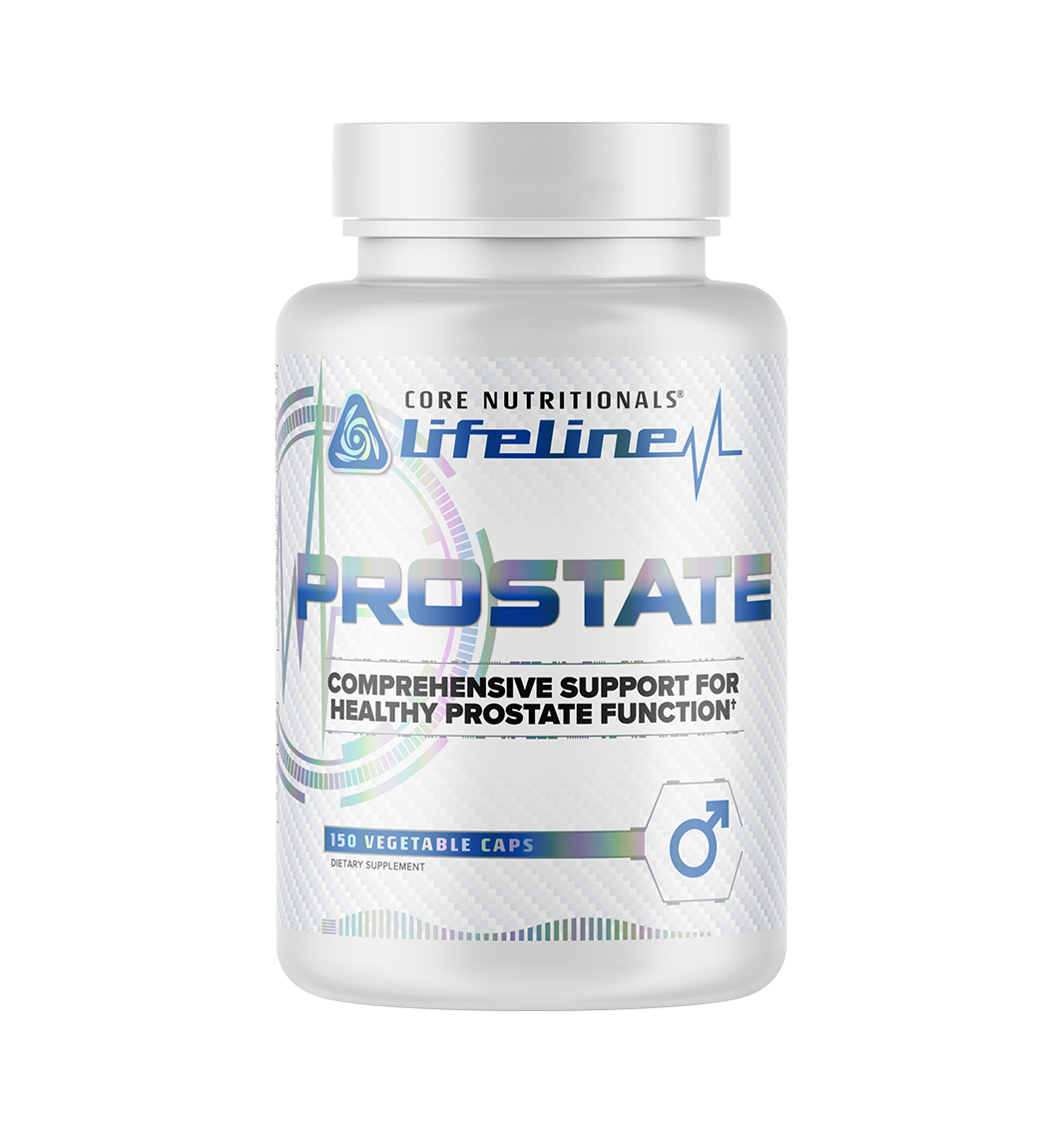 Zinc is also critical to normal prostate function. In fact, a normal functioning prostate has the highest levels of zinc in the body. A 2011 human study found an increase in urinary zinc excretion. Pumpkin seeds are naturally high in zinc, leading to their consumption could be beneficial to extract their prostate health improving properties.

Saw Palmetto is a traditional herb that grows in the Southern coastal regions of the United States that has been often used to maintain normal, healthy prostate function. Growth of the prostate is believed to happen through the action of 5α-reductase, which catalyzes the conversion of testosterone to dihydrotestosterone. Dihydrotestosterone binds to nuclear androgen receptors and activates the transcription of androgen-regulated genes that are mitogenic to both epithelial and stromal cells. Due to the fact that the development and growth of the prostate gland depend on androgen stimulation, the mechanisms of action of saw palmetto include several antiandrogenic effects, such as inhibition of 5α-reductase I and II and inhibition of binding of dihydrotestosterone (DHT) to the cytosolic androgen receptors, anti-proliferative effects and anti-inflammatory effects. Several studies have shown that saw palmetto, and the mechanisms of action listed above may positively influence the prostate by helping to maintain its optimal size and function, which then equates to a healthy urinary flow and frequency.

Stinging nettle has been widely used is traditional medicine for its benefits as a diuretic and to treat things like joint pain, eczema, arthritis, gout, and anemia. More recently, stinging nettle has been utilized for the purpose of maintaining normal urinary flow and contributing to a healthy, optimal functioning prostate. Stinging nettle has also showed effectiveness when used in combination with other herbs, like saw palmetto (above). Human studies have shown this effectiveness in these areas, like urinary flow maintenance, through their specific mechanisms of action, which were discussed in the paragraph above. The mechanism of action for stinging nettle is still somewhat unclear but it seems likely that sex hormone binding globulin (SHBG), aromatase (the key enzyme in estrogen biosynthesis), epidermal growth factor and prostate steroid membrane receptors are involved in the anti-prostatic effect. While the mechanism of action may be unclear at the present moment, the success of stinging nettle in human studies makes it a promising application for maintaining normal prostate health and function.

The bark of Pygeum africanum, also known as the African prune tree native to tropical Africa, is a compound that has often been utilized for its benefits in maintaining prostate health. The mechanism of action for pygeum remains somewhat unclear. Studies utilizing pygeum bark have also shown promise in their benefits in support the maintenance of prostate health both in vitro and in vivo. In one in vitro study in particular, results showed that pygeum bark extract was able to inhibit the growth of PC-3 and LNCaP cells, as well as induce apoptosis and altered cell kinetics, and downregulated ERalpha and PKC-alpha protein. In vivo, utilizing TRAMP mice, the application of pygeum bark extract showed a significant reduction (35%) in prostate cancer incidence compared to mice fed another substance. Another analysis looking at 18 randomized controlled trials looked at the how pygeum africanum benefitted men and prostate health. Pygeum was shown to provide a large improvement in urinary function and flow measures when compared to other men in the study not administered pygeum. Men using pygeum africanum also noticed nocturia was reduced by 19%, residual volume of urine reduced by 24%, and peak urine flow increased by 23%. These results leave pygeum administration as a potentially beneficial application for those looking to maintain normal prostate function.

β-sitosterol is the most abundant plant sterol in the human diet and is also the major component of several traditional medicines, including saw palmetto and devil’s claw. It is believed to help maintain prostate function by aiding in the and ease of urinary flow. A few studies have been conducted on BS effectiveness on urinary system function and flow with promising results. One randomized placebo-controlled study on men showed promising results on these issues. Results revealed that men administered β-sitosterol noticed a more efficient flow measure and increased prostate function. While β-sitosterol can benefit from more studies, the current studies show promise and ability to work in synergy with the other components of Core’s comprehensive prostate function formula.

Lycopene, a carotenoid found largely in tomato, pink grapefruit, and watermelon, is a natural and effective nutrient that has been able to show ability in supporting optimal prostate function. Several studies have been conducted showing lycopene’s effectiveness in maintaining this prostate function in both in-vivo and in-vitro conditions. Results of these studies showed that lycopene was able to inhibit prostatic IGF-I signaling, IL-6 expression, and androgen signaling. Lycopene was also able to show improvements in gap-junctional communication and oxidative defense genes, which can be essential for maintaining prostate function.

Boron is a mineral present in multiple fruits, vegetables, tubers, and drinking water, though it is not widely accepted as either an essential mineral or essential vitamin. Boron affects a few physiological functions in the body, particularly modulating hormonal homeostasis.

While still emerging, recent data suggest that boron may play a role in potentiating free testosterone levels in healthy men. In one study, otherwise healthy men were provided an acute serving of boron and had their free and total levels of testosterone, alone with SHBG (sex hormone binding globulin) and DHT (dihydrotestosterone) levels measured. In that study, total testosterone was unaltered, but free testosterone was enhanced by 14%, while SHBG was significantly (9%) reduced. Boron has also shown substantial evidence in playing a role in supporting normal prostate function, specifically through lowering PSA (prostate specific antigen), which can be a marker for prostate abnormality advancement. Other studies have shown the effectiveness of adequate boron levels on optimizing prostate health. One human study concluded that men who ingested the greatest amount of boron in their diet were 54% less likely to be at risk of prostate related issues when compared to the lowest intake.